After a visit to the paint shop, the lever frames and point rodding have been added to the layout. 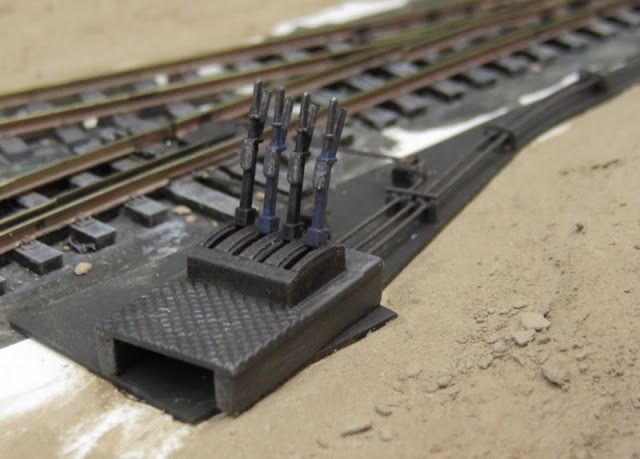 Black and blue levers (for points and facing point locks), with aluminium dry-brushed with gunmetal for the handles. The chequer plate has traces of gunmetal too where many boots wear away the paint. The colours are perhaps a little dark, but may look more at home when the ballasting covers the black base, and I can add a little weathering powder to the timbers then too. 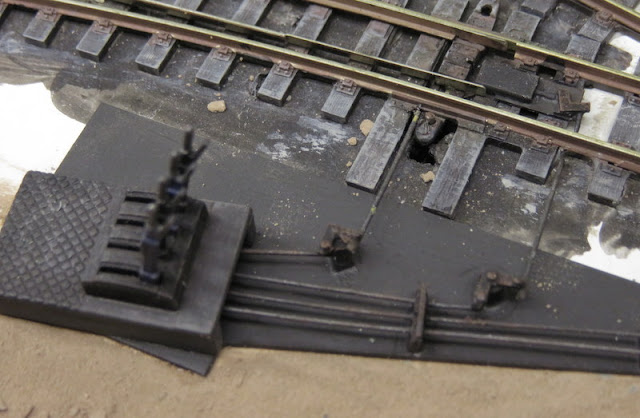 From above the rods are clear emerging from under the lever frame, painted grey-brown with a dry brushing of gunmetal. The cranks are black with a touch of rusty brown. The facing point lock can be seen positioned just behand the tie bar, being careful not to obstruct the movement of the tie bar or the blades. 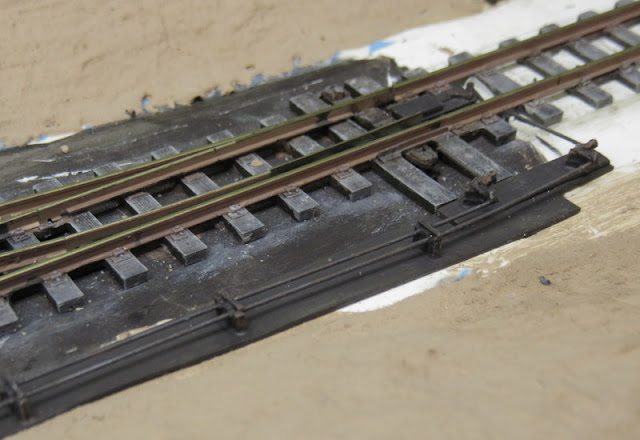 The other rods run along to the farthest point with cranks in a similar arrangement. The rodding support stools are crude, but will be embedded in ballast and should be a fair representation from normal viewing distances! 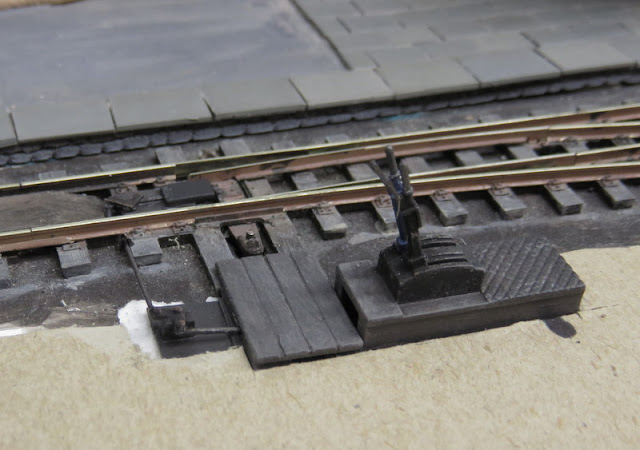 At the other end of the station the small lever frame has had similar treatment. I may put a guard rail around this to prevent vehicles in the yard from damaging the lever frame or cranks. 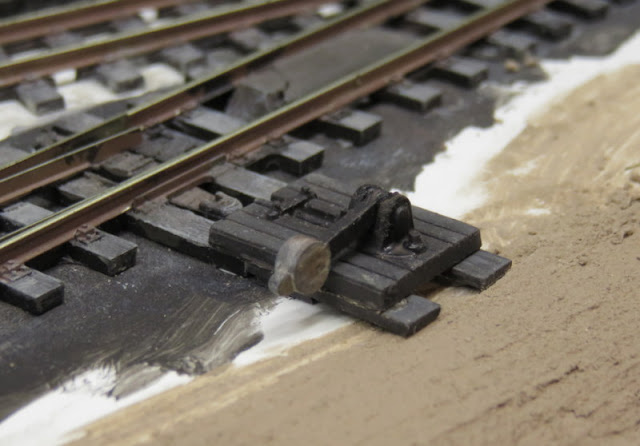 The lever frames cover the points on the running line which need facing point locks, the one from the loop to the front siding doesn't need a lock so I have used a Peco lever. These look quite effective although the planked base is rarely seen in reality. I have set it on strips of plastic to look like extended sleepers.

Posted by Michael Campbell at 23:01