British Steam Locomotive Builders by James W. Lowe, and published by Pen & Sword, is a pretty hefty book. It's about the size of an old family bible, and pretty heavy too, but with 700 pages of fine print it is full of information. It provides an index of British steam locomotive builders from the earliest days of experimental machines, through the Victorian era and into the Grouping, up to the days of British Rail. 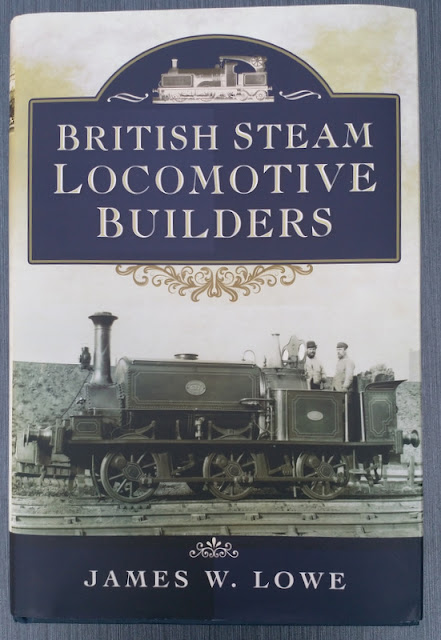 Although a new release from Pen & Sword it is actually an old book, originally printed in 1975 as steam locomotive building came to an end - except of course in preservation or tourism, which is excluded. As well as the railway companies themselves, locos were built by many independent companies which are listed - from those that built just one loco and most will never have heard of, to those more familiar names such as Hunslet, North British, and Beyer Peackock, that built many thousands for domestic and oversees use. That of course includes narrow gauge locomotives as well as standard, and even broad gauge, and locos for industrial and minor lines as well as main lines and public railways. 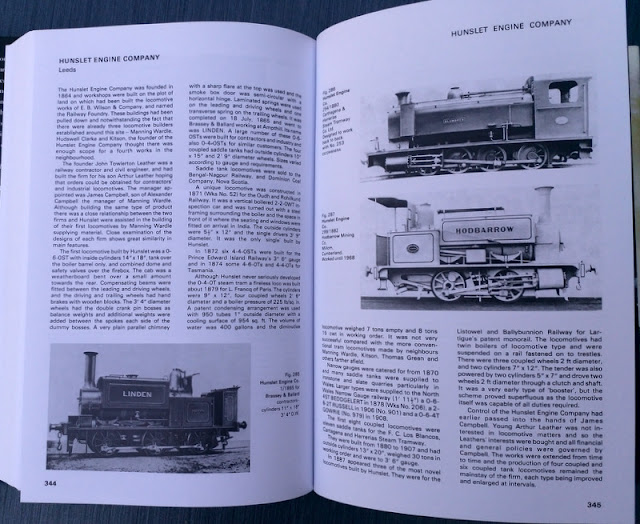 As such the level of detail for each company varies from a few paragraphs, some have tables listing all locos built, for others this would be impossible and their output could fill a book on their own, but main types and developments are listed or described. Railway company works are listed by site. As well as tables, the book is peppered with photos showing a few locomotives built, though of course these are just a tiny sample. The text does document some of the key developments in technology by some of the loco builders, and how they evolved through mergers and acquisition to form new companies. I cannot say how complete it is, no doubt some small loco builders could have been missed, but I would guess it is as complete as any such volume could be. 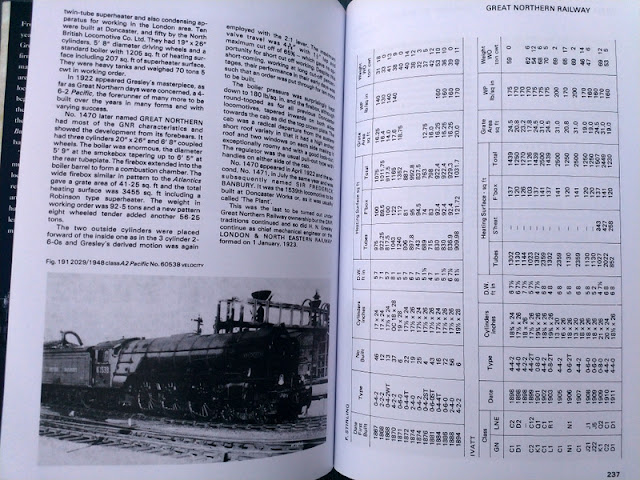 As a reprint of a 45 year old book and because of it's size, printed on ordinary book paper (i.e. not glossy), the photos are not of high quality. I guess the printers did not go back to the originals. However, this does not detract from the usefulness of the book, which is intended as a reference and interesting study of the loco builders. There is an index which looks potentially useful. 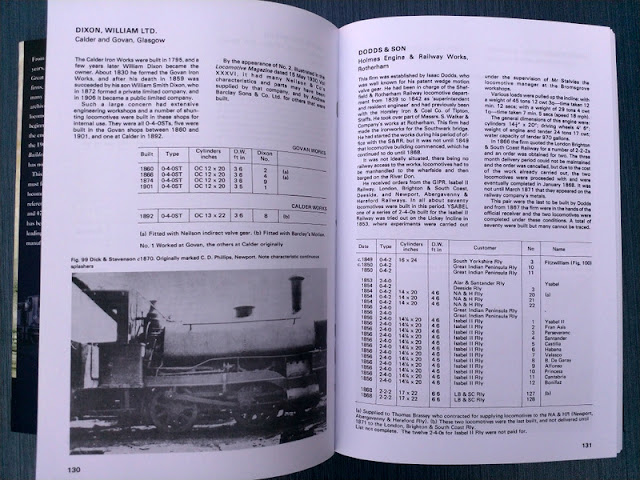 My interest in narrow gauge means I was familiar with a number of loco builders, so I found this very interesting - but was still surprised at the number and variety of loco builders in the "golden age" of steam locomotives. Perhaps it's not light reading and yes it is more of a reference, but if you have an interest in steam locomotives this is well worth having, browsing, and keeping for a spot of research.
Posted by Michael Campbell at 12:41