This week the buildings finally got stuck down - well, most of them. A few spots of PVA holds them securely, but hopefully means they could be prised up if ever necessary. Most of the buildings slot into recesses next to the street. 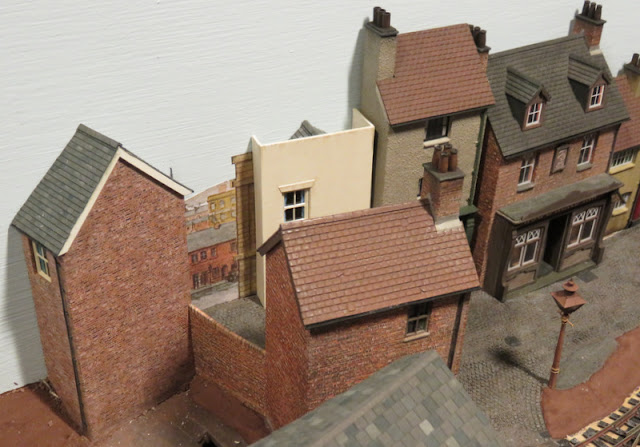 At the back, where the street turns into the sky, I found an off-cut of backscene that fills the gap, giving the idea of further buildings. It's not the most realistic, but it isn't in direct view, and looks better than plain sky. 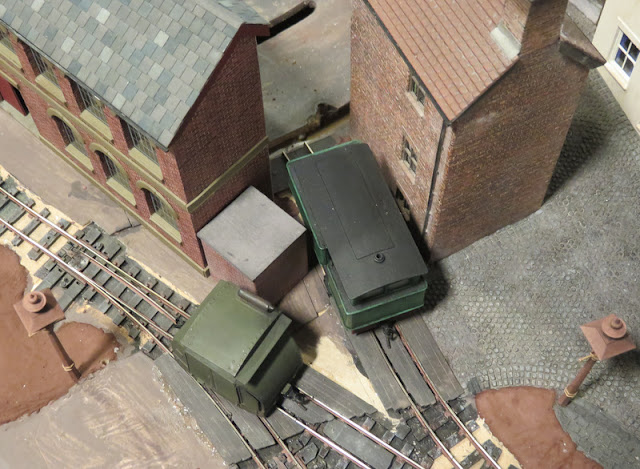 The exit to the fiddle yard goes between buildings, which has to be tight to hide the fiddle yard beyond. To help disguise it further I'm planning a water tower, but as can be seen there's little space between the tracks here - and clearances are rather tight! Here two of my widest locos are used to check. This view also shows the crossing timbers have been stuck down, and the track sleepers dry-brushed with a pale grey. 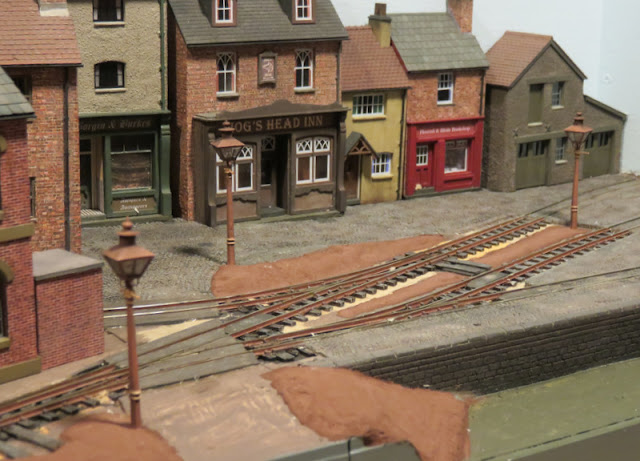 You might have noticed some gas lamps have appeared. These are working lamps, though I've not yet had time to connect them up - the wires are taped up beneath the board. They had extensions to set them higher, which might be more appropriate for street lamps, but I felt they dominated the scene too much so went for the lower height. 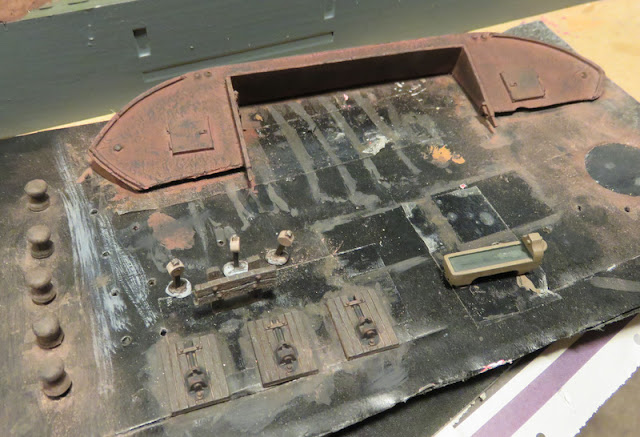 Meanwhile, the paint shop has been preparing some of the details - bollards, point levers, and a horse trough (not sure if I'll use that yet), plus of course the sunken barge. I wanted it to look really rusty, but that it might once have been painted black. So I gave it a rusty finish of several shades of red-brown daubed on together, and liberally coated with weathering powders while tacky. Afterwards a dark grey-black was almost-dry brushed/stippled over the top, as though little paint remained over the rust. I think it works...

The current task is ballasting, and gravel surfaces, more on that soon. Next will be greenery, water, and details. Just 4 weeks to go so things are rather intense, but they are coming together.
Posted by Michael Campbell at 18:58