Although fitting the back-scene had appeared to go well, after a few days I noticed a ridge in the middle. I'm not sure what went wrong, but probably I'd not kept enough tension on the paper while sticking it down. Attempts to smooth it down didn't work, in fact they seemed to make it worse. From some angles it wasn't too obvious, but from others it was - and once I'd noticed it I knew it would always bother me. 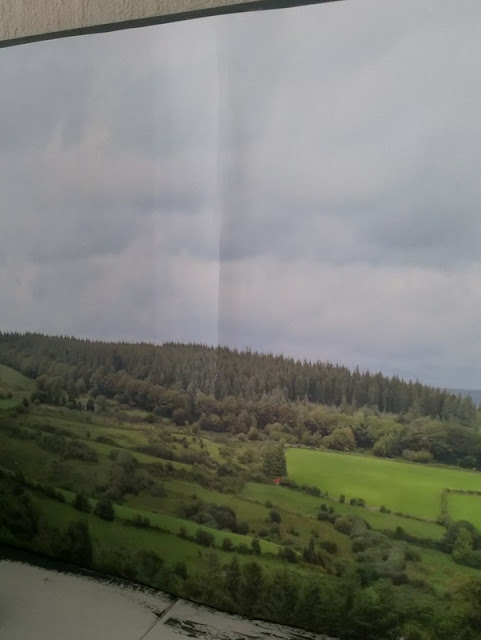 So after mulling it over I decided I wouldn't be happy with it, so ordered a replacement, only one of the two sheets was needed as the short right-hand piece looked fine. The question was how to make a better job of fitting it at the second attempt, especially as experimentation on the old piece showed the print is damaged by masking tape. 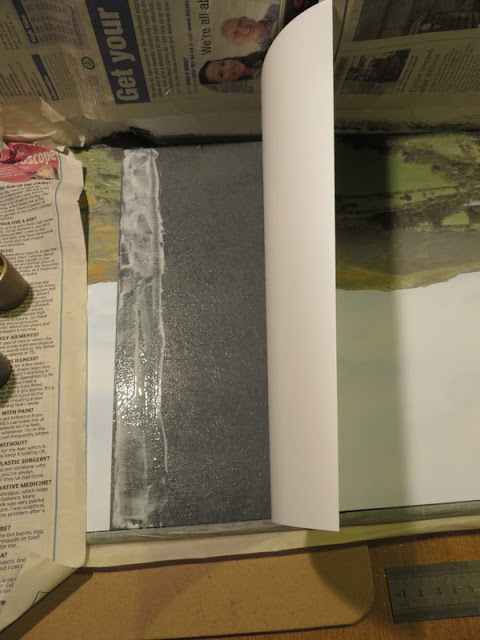 I decided on a 2-step approach. First I applied PVA glue to the first inch of the backboard, I don't know how well it will hold the plastic-backed print (experiment on an off-cut suggests sufficiently), but it did allow the back-scene to be positioned carefully and adjusted, checking the edge is neatly against the fixed piece and it unrolls straight. 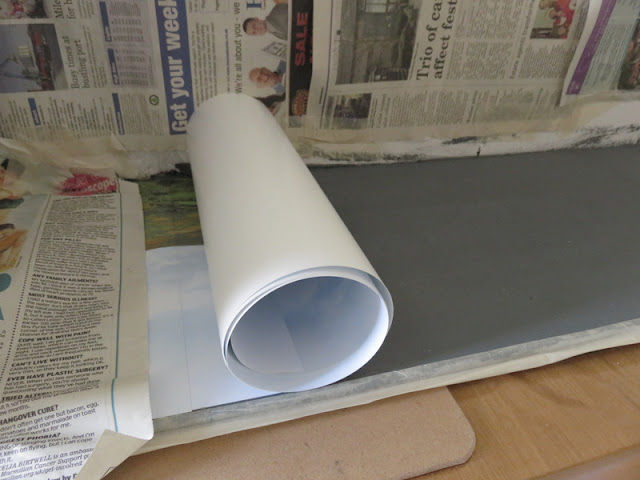 When I was happy with the position the glued inch was weighted and left overnight. 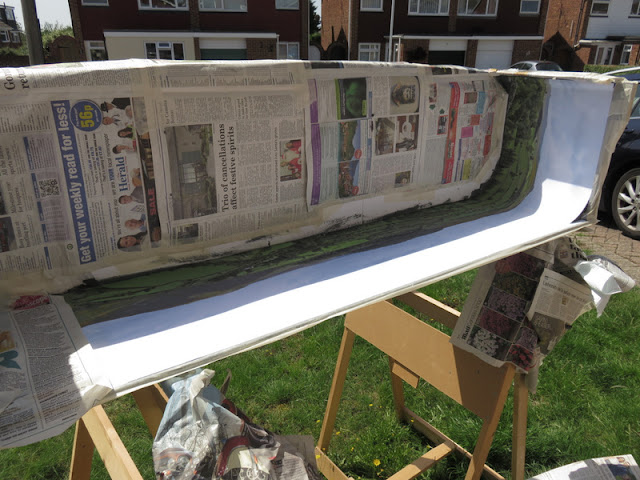 Back out in the garden with everything (including the rolled back-scene) masked for the spray glue. This time my wife helped, while I  unrolled the back-scene carefully keeping it straight and under tension she smoothed it down a little at a time with a cloth, working away from the glued edge. 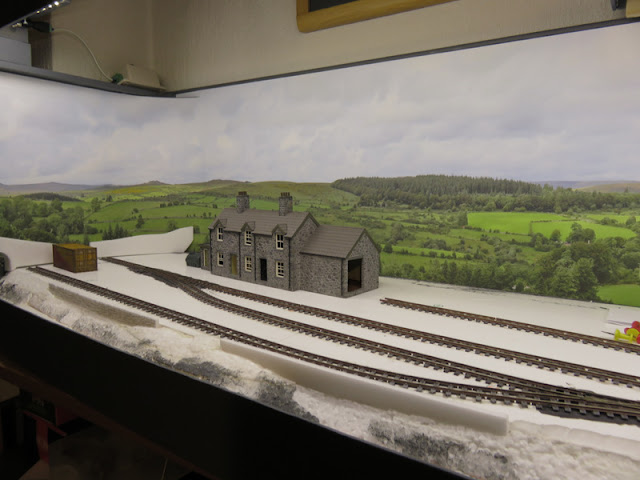 And it worked, a week on there is no sign of ridges or bubbles. The lesson I think is that tension must be kept evenly on the paper while applying it, and it's a two-person job to do properly. 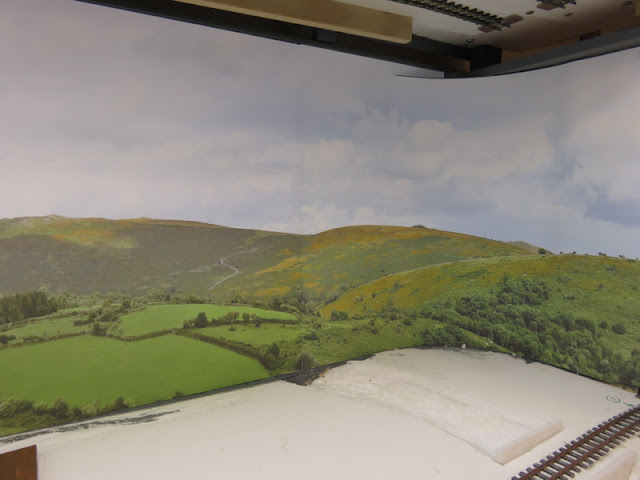 The join between the two pieces is much neater this time too, here it will be partially disguised by trees but it isn't that obvious. It isn't nice deciding to re-do a job, but I'm glad I did.
Posted by Michael Campbell at 22:57