Last Saturday I was at Amberley, where they were having the annual railway gala weekend. This year the event celebrated the 100th Birthday of Peter, the Bagnal 0-4-0ST. 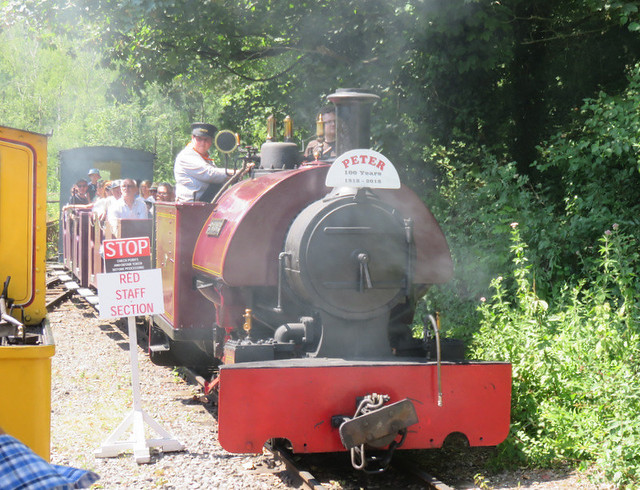 The format of the event was similar to previous years, with two passenger trains running, interspersed with demonstration goods trains and light engine movements, so there was always something interesting happening. 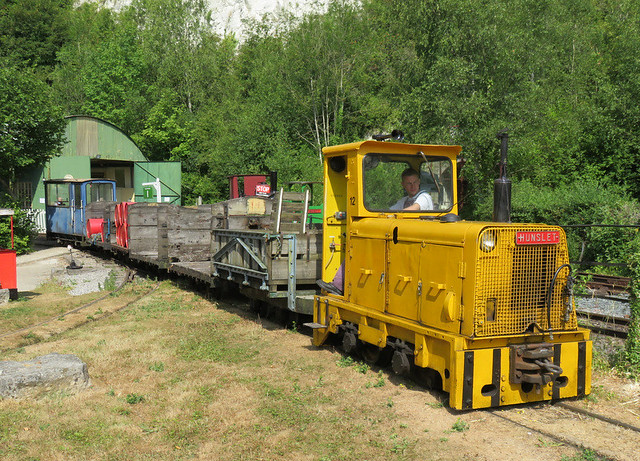 It was nice to see a line-up of three ex-Thakeham locos, although they were not running. 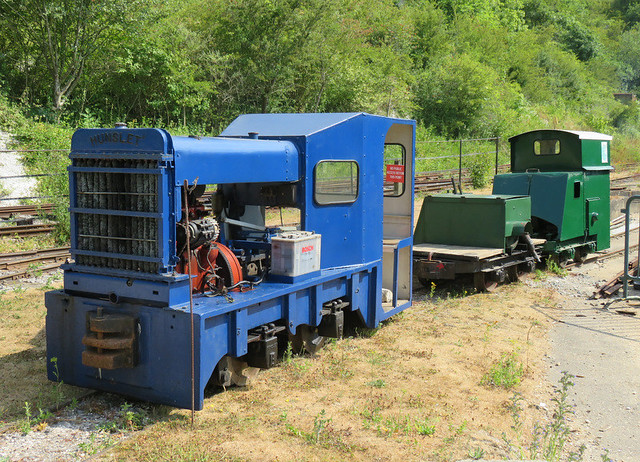 Inside the shed was the model railway exhibition - smaller than it has been some years, but still plenty to see. Richard Glover had brought his new micro layout Brockles Ghyll in 009. 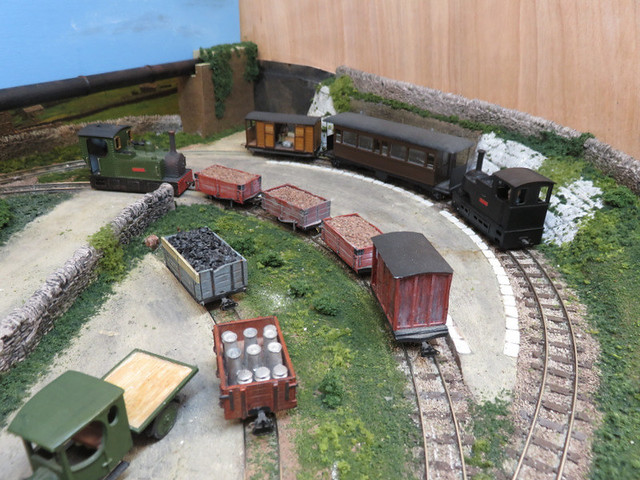 John Wilkes was showing his layout Coleford, the subject of several magazine articles and now the feature of a book published by Narrow Planet. John manages a different perspective which makes the layout interesting and different. Just look at that track-work, and the winter trees. 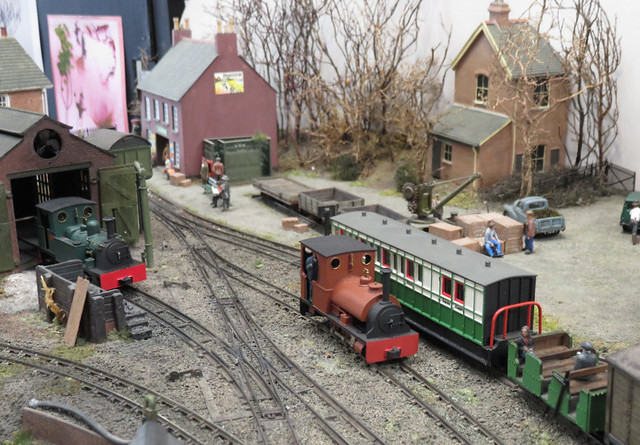 The cameo scenes on the layout certainly avoid the usual cliches. Like this fly-tipping scene! 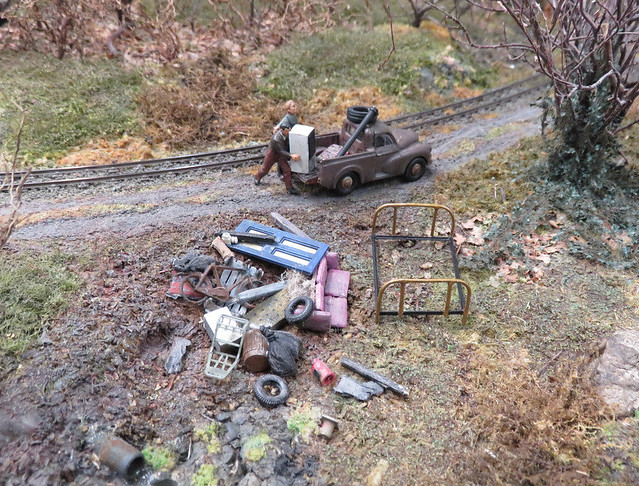 I was there helping to man the 009 Society stand with the Sussex Downs 009 group. Our usual approach is to run a demonstration stand alongside the display case and our small demo layout, which often gets people interested in what we're doing and the scale in general. Here's my work-space. 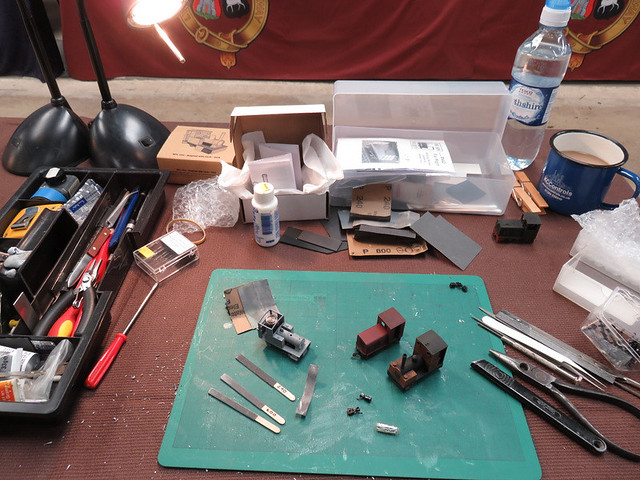 I'll soon post an update about the projects you can see... in the meantime, more pictures of the event can be seen here.
Posted by Michael Campbell at 22:24