Last Saturday was the annual Expo-NG show at Swanley in Kent. This is the biggest annual show in the UK narrow gauge modelling scene, and as well as a selection of layouts in different scales from around the UK and beyond, there is excellent trade support from the specialist suppliers - many of whom are rarely seen at shows. This year the show seemed a little smaller than usual (by a couple of squash courts), but this was down to the layouts present being smaller on average (but no drop in quality or, I understand, number), and fewer entries to the Dave Brewer Challenge - at least compared to last year. 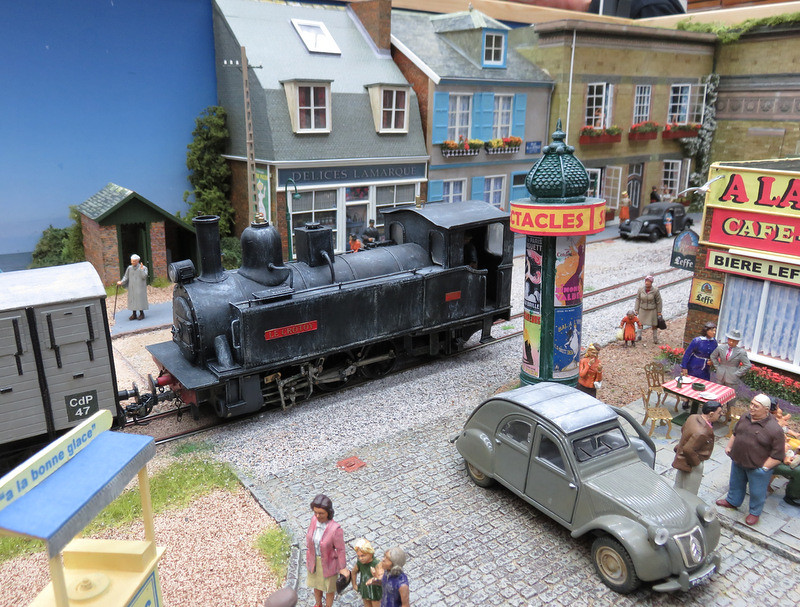 Unusually for me, one of my favourite layouts was large scale, and of an overseas prototype. Mer les Bains (1:32, 32mm gauge) by Peter Smith was full of French atmosphere, with a high level of detail and finish. 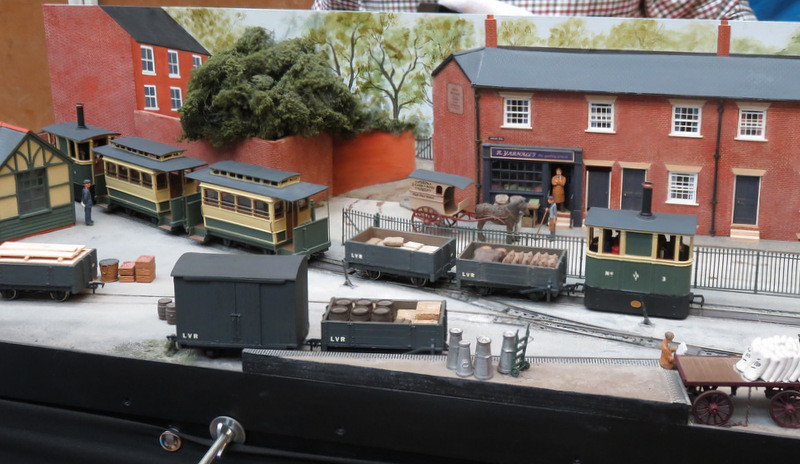 Another favourite was Lambton & Verdane Regis Tramway (O16.5) by Stuart Marshall, a freelance street tramway that had a cohesive and convincing feel. I heard this won the Reinier Hendriksen trophy, which I think was well deserved. 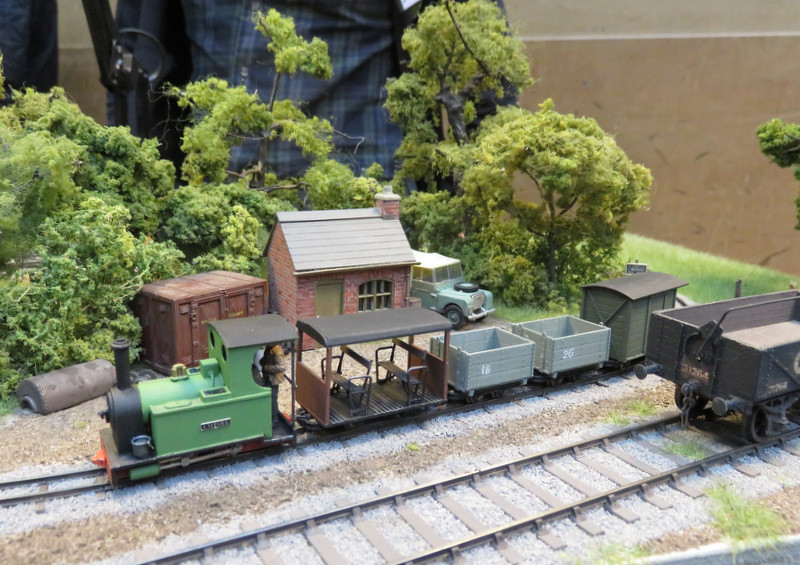 Creech Grange (006.5) by James Hilton is a superb if tiny piece of modelling. James has used Busch HOf (6.5mm gauge) mechanisms to model a 15" gauge estate railway, scratch-building loco bodies and rolling stock from a variety of methods including some 3D printed. As an illustration of how small this is, the standard gauge siding is EM (or possibly P4). 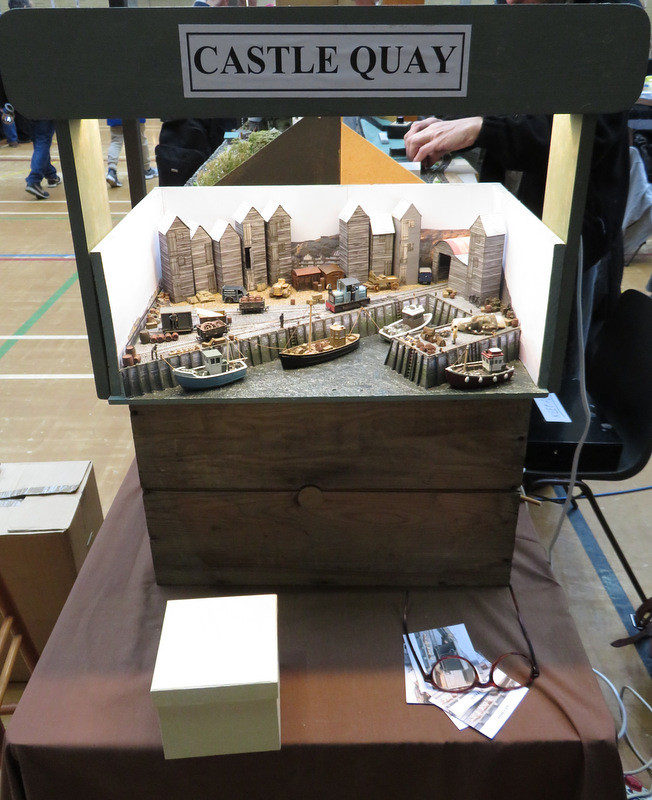 Another tiny but detailed layout is Castle Quay (009) by Chris O'Donoghue, which shows how much can be packed into a small space (a wine box in this case) in 009. The tall net sheds set the Sussex coast setting, while the boats started off as souvenirs from seaside shops. 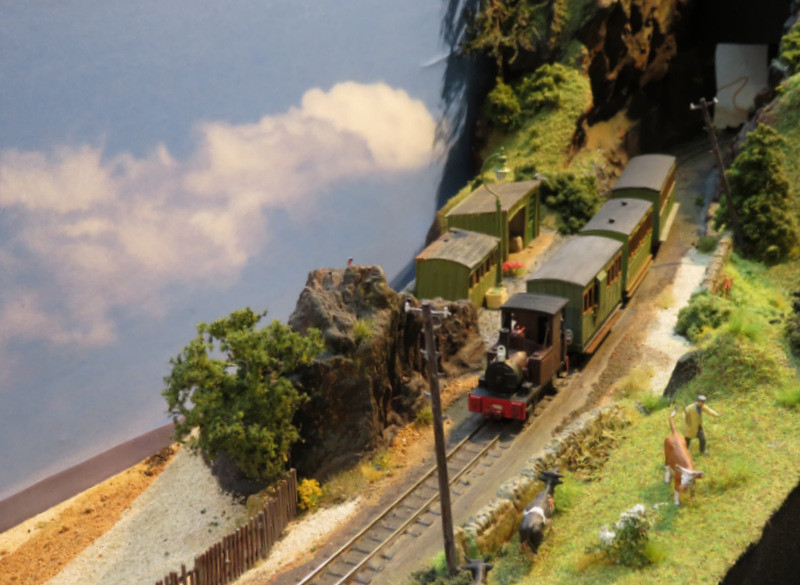 Underhill Town (009) is a larger layout by John Wooden, showing several stations along his imaginary line. The towns were delightfully detailed, but my favourite scene was this beach halt, where the view was downhill towards the sea - an unusual arrangement that worked really well. 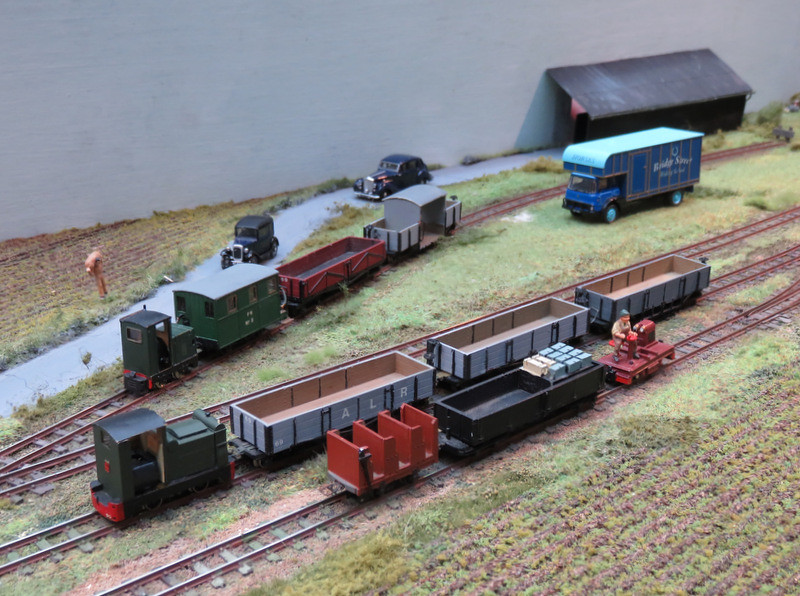 Holbeach Estates Railway (009) by Stephen Sullivan captured the wide open spaces of the fens, with the workings of a potato estate railway. The collection of small i/c locos was fascinating, these are tiny in 009.

Now on to the Dave Brewer Challenge, which this year was for a diorama featuring a halt. 5 entries made it, and all were well modelled, so the judging must have been tricky. 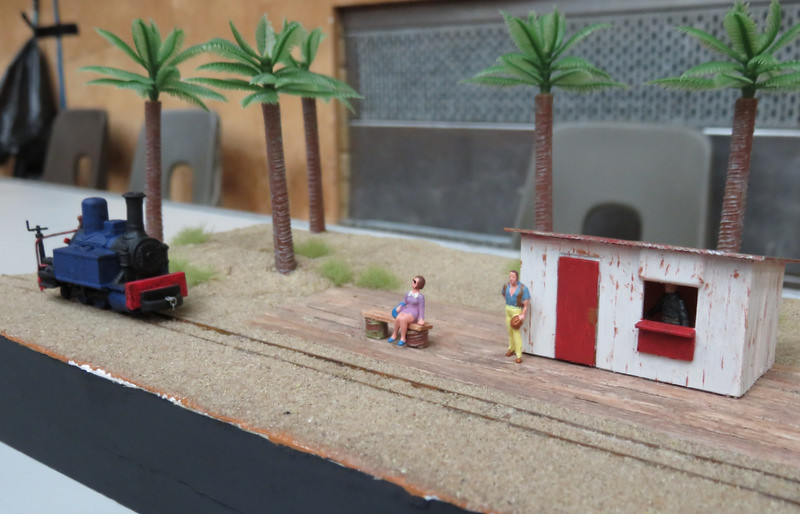 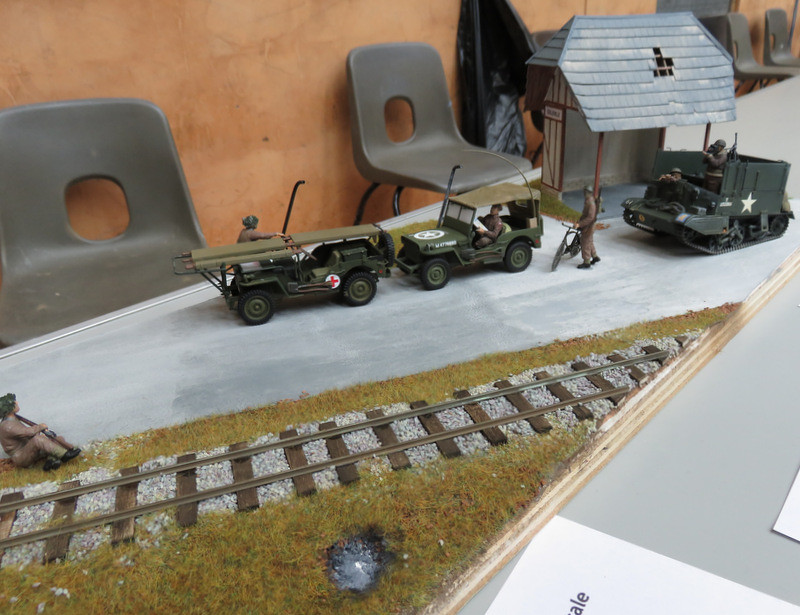 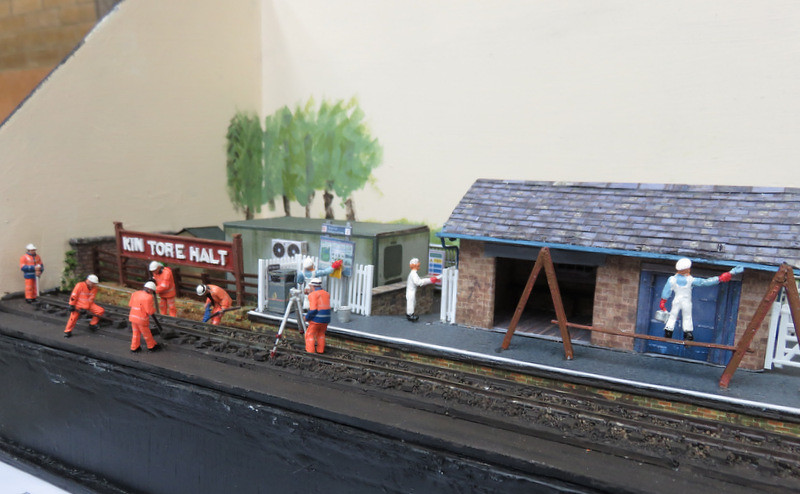 Kin Tore Halt (O16.5) - Edward C M Florey. A modern preservation scene, and at least the lack of trains can be explained... 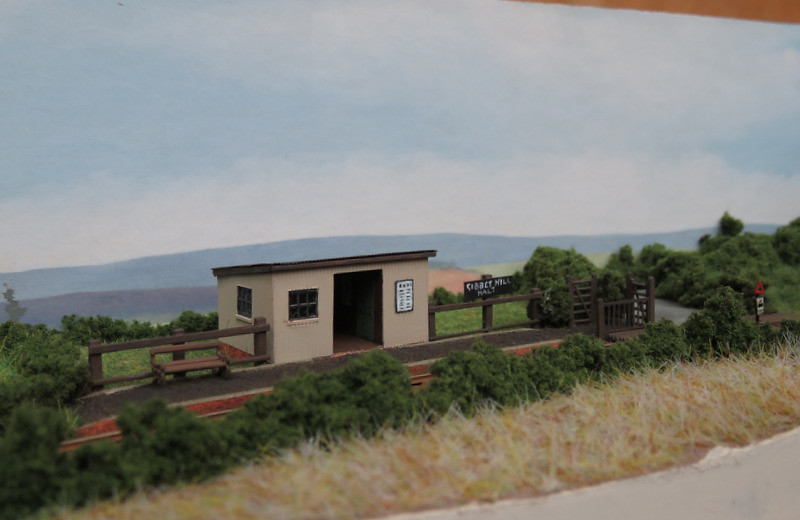 Gibbet Hill Halt (Nn3) - Simon Hargraves. A rural idyll. The realism in this scene is amazing considering how tiny this model is! 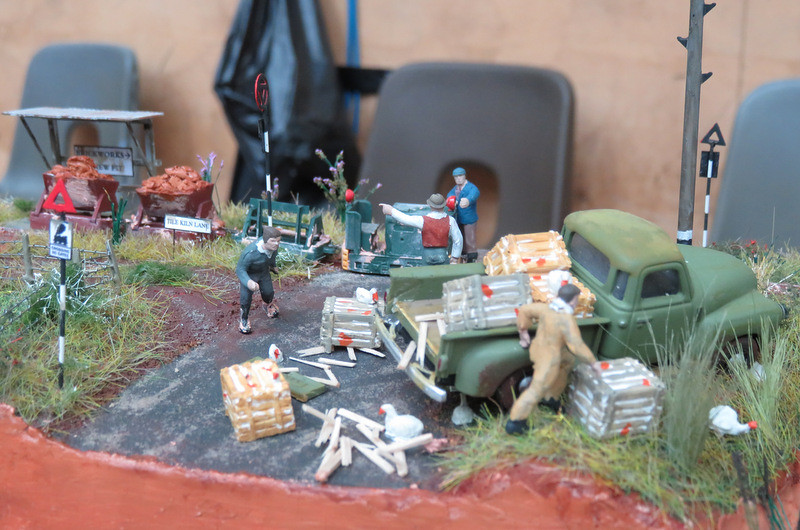 Halt at major road ahead (006.5) - Steve Pearce. This was the winning entry. I wonder if it is because it was the only one to feature a complete train, or because of the humour? The scene is just after a farmer's truck collided with the brickworks train, and while the drivers argue, others are trying to catch the geese that have escaped from their broken crates.

So another cracking show, and I could go on with more photos, but this post is big enough as it is. If you've time to browse some more I've posted an extensive collection of pictures to Flikr.
Posted by Michael Campbell at 23:16

Thank you for taking time to produce such evocative photos.I only wish my efforts could be half as good as the ones I see at shows. Still, I get inspiration and keep trying!

Excellent models. I'll admit that if I hadn't had to be in Exeter, I'd have been there myself.