Before going much further I needed to fit uncoupling magnets. I find the Microtrains surface mounted magnets work well, but are too long, so I snap them in half before fitting them. They stick up between the sleepers so while they can be disguised as board crossings, it is nice to have hidden magnets in some places.

In the past I've had some success using cupboard latch magnets set below the sleepers, though on Awngate they needed strengthening with neodymium magnets attached to them - I think the plywood baseboard diminished their power too much? Heworthy has a foamcore base so I think they should work well. 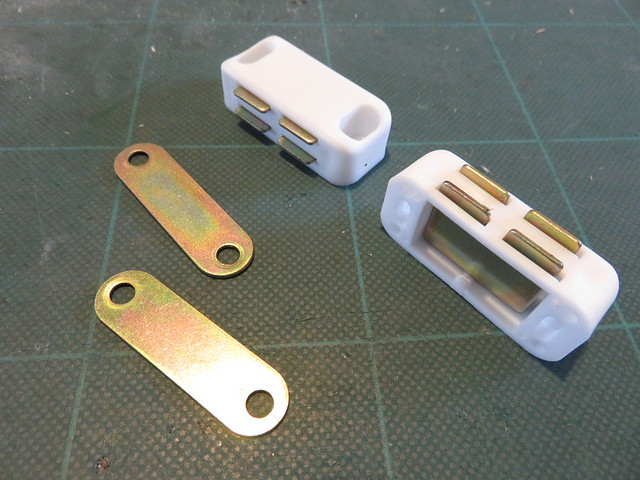 The staring point - a pair of B&Q magnets. Bought in packs of 10 they work out quite cheap. 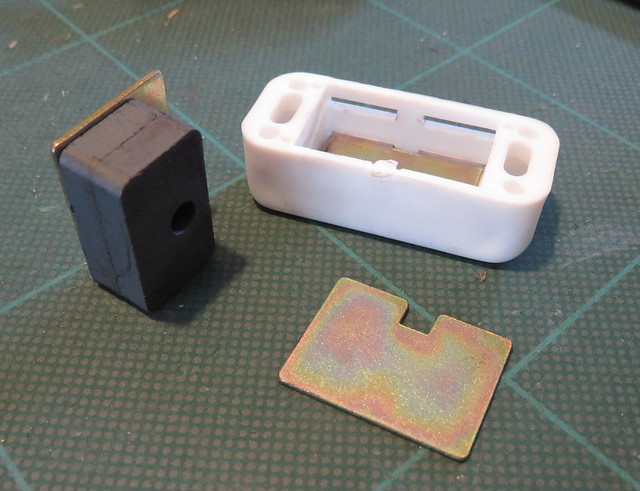 The magnets are popped out with a screwdriver and snapped together, the magnetic field is between the large faces, and two together is wide enough where one would not be. This time I attached the steel plates to the outside as I think this will "focus" the magnetic field at the poles in the same way they do in the cupboard latch, or a steel pin does through an electromagnet. 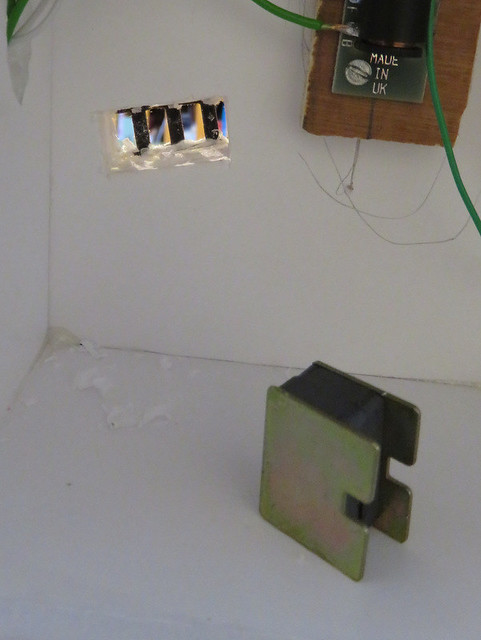 The completed magnet assembly, and an oblong hole cut through the baseboard under the track. The foam core is at least easy to do this with a sharp scalpel - with plywood the hole would have to be cut first. 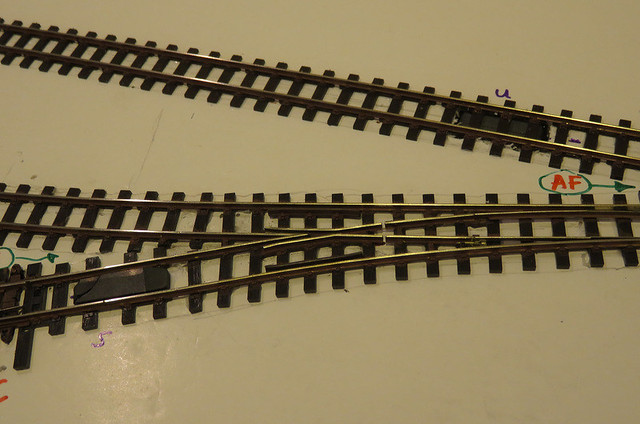 Now I shall have to do some testing to check they work well, and that I have them in the right places.
Posted by Michael Campbell at 23:32