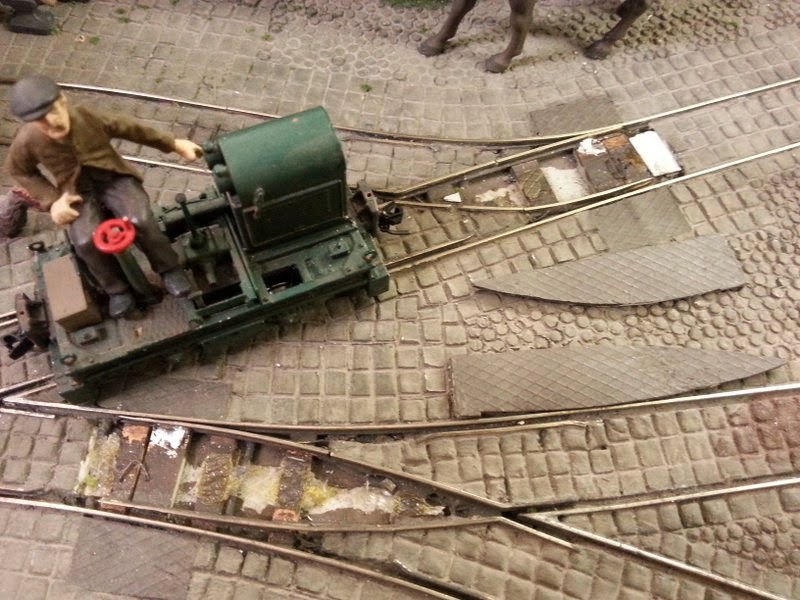 The points on Thakeham Tiles were constructed with much more thought and have pivoted joints at the both ends of each blade, so shouldn't suffer this issue, but as Landswood Park is built in a box-file there was no space underneath the board for such tricks.
Posted by Michael Campbell at 13:28