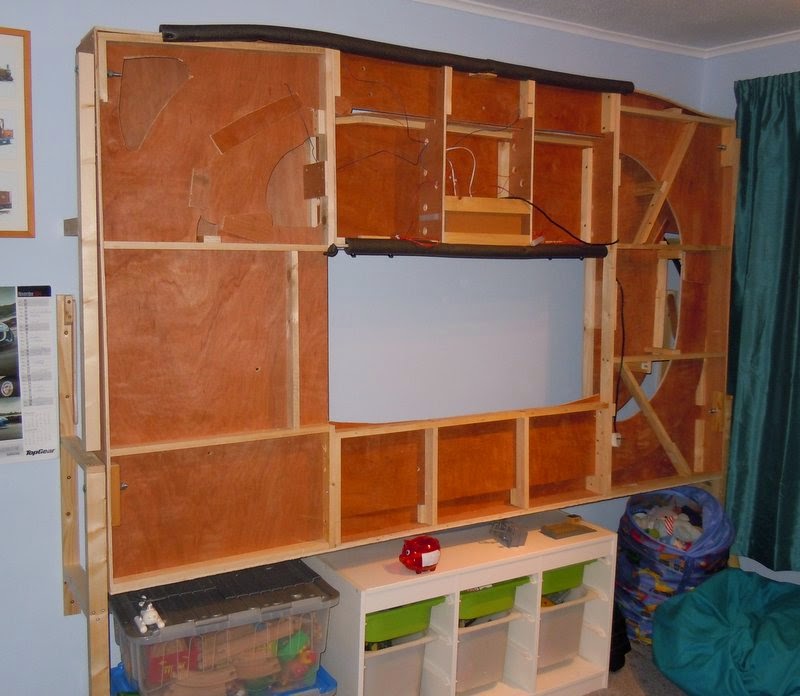 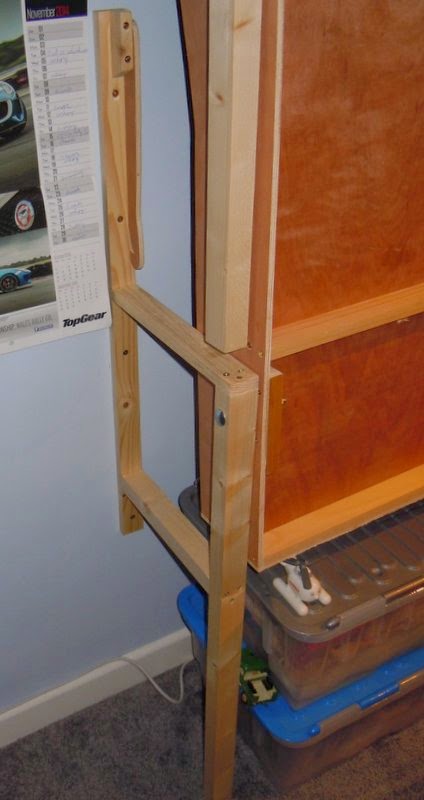 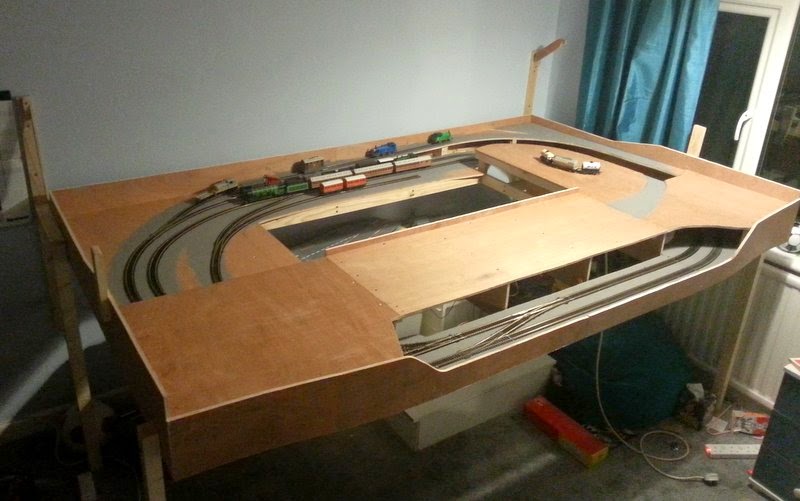 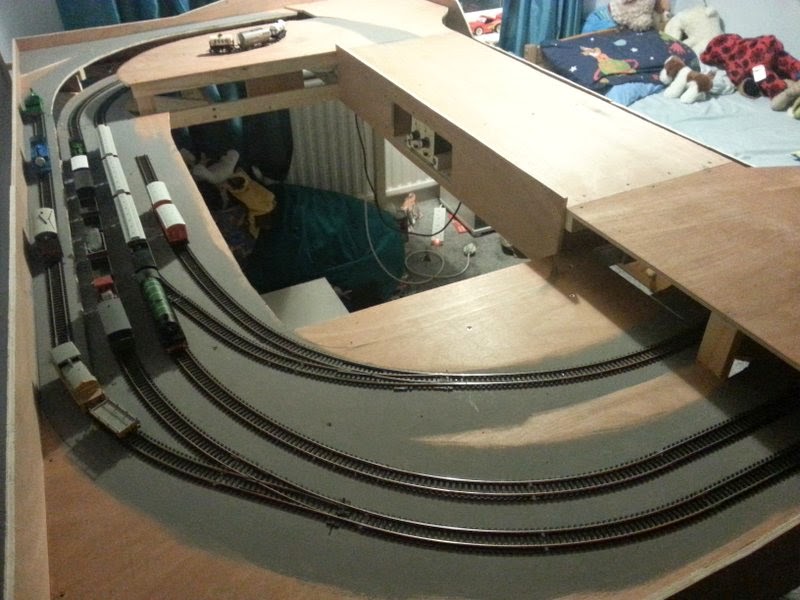 That last photo also shows the Gaugemaster double-controller set under the upper level. I wired one control to the inner track and the other to the outer track, and so we (just) had trains running by half-term!
Posted by Michael Campbell at 22:54

Have you thought of putting a removable backing (bottom) on the base to help it blend in a little?

Yes, that's what the wife said! I probably will cover the bottom in hardboard or something at a later date. At the moment it is mostly down anyway!