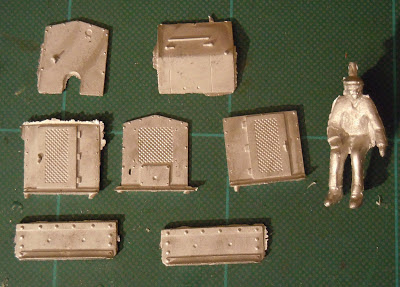 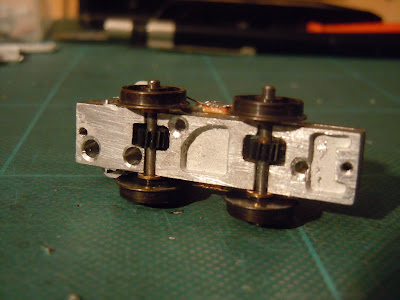 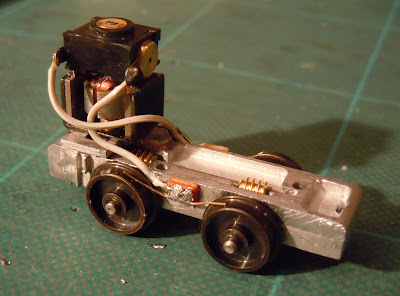 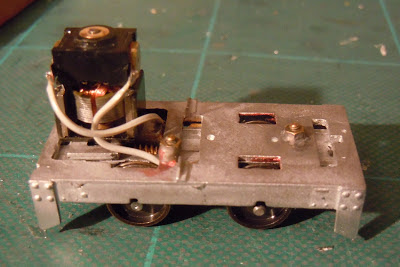 I might suggest slighly longer pickups - it'makes them more flexible. Insulate them from the body by smearing superglue everywhere you don't want the electric to flow.

Thanks Phil I'll consider that. There isn't much space though as the wheels protrude through the footplate, and the pick-ups go on top of the wheels. I think if they were much longer they'd catch on the footplate. I might see if I can get phosphor bronze strip instead of brass wire.