The next few weeks will be quiet on the modelling front as apparently it is time to redecorate the lounge-diner. Both Loctern Quay and Hexworthy have gone into storage, and most of my modelling materials are packed away, not that I'd have time to use them anyway. However, before the modelling embargo came into force I managed to complete the model of Upnor Castle. I started this back in January when I fitted the chassis and couplings, and cleaned up the 3D printed body, mainly from the printing supports as the print didn't seem to need much cleaning up. 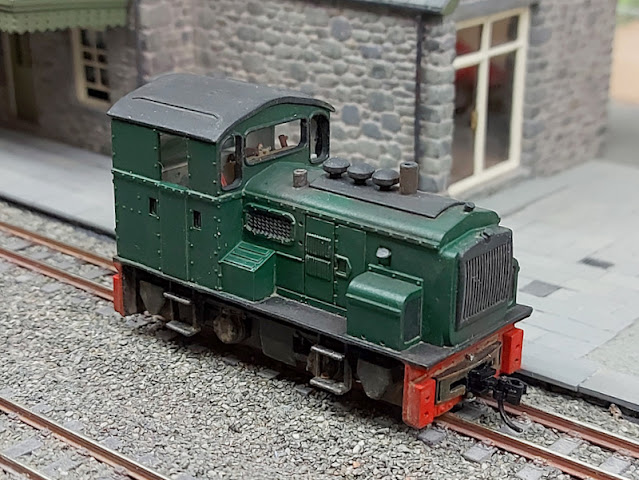 As you can see from the painted model, the 3D print is indeed very clean and smooth, with sharp details and no obvious layering. Painting started with a coat of automotive grey primer, followed by Halfords green enamel, both aerosols. Brush painted enamels were then used for the black and red (over a white base), a brown weathering wash (sponged off the panels), and dry brushing rust brown and gunmetal for steps, axle-boxes, exhaust, etc. 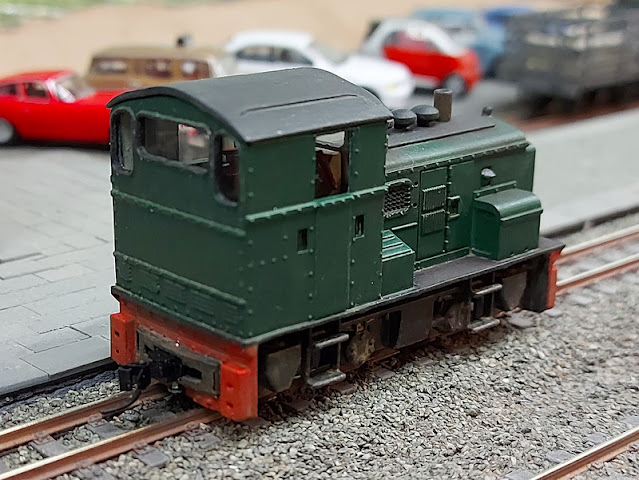 The livery is very simple so painting didn't take long. I didn't try to replicate the 2-tone livery Upnor Castle carried since I'm not aiming for an exact copy. I may give it a name eventually, not Upnor Castle, but perhaps something relevant to Hexworthy - Kingswear Castle guards the river Dart? That said the body sides are rather busy to find space for nameplates. 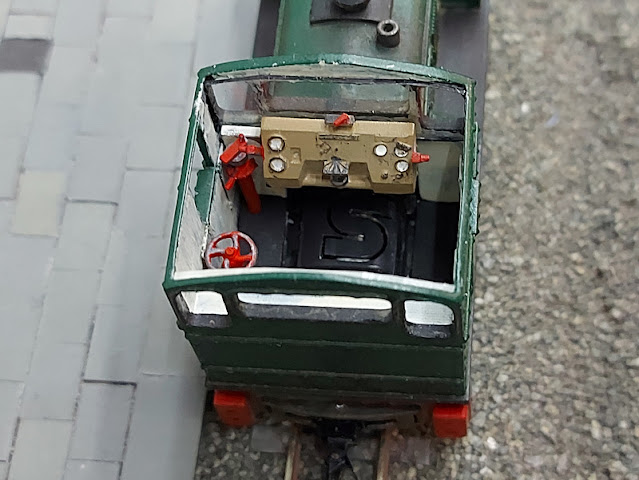 The kit came with a separate print for the cab detail, which was painted simply but using brighter colours since it might as well stand out in the cab! The front and rear windows were glazed with clear plasticard; I used 40-thou since the edges weren't to be seen and it stays flatter, making sure it could sit tight into the corners, and with the edges coloured black with a marker. Of course it isn't flush, but painting the surrounding black makes this less obvious. 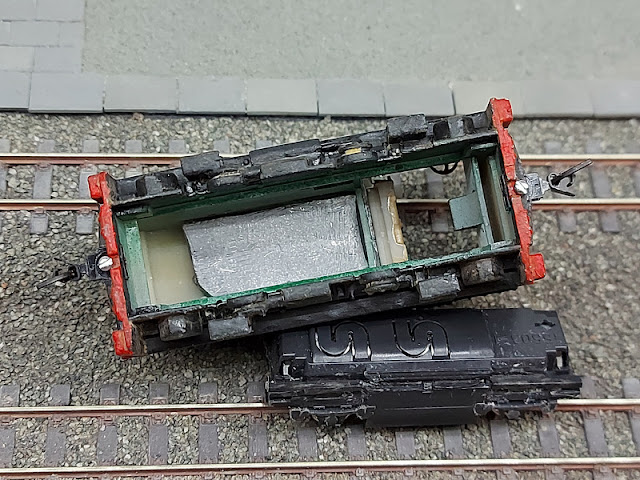 Underneath the couplings were refitted, and a couple of layers of lead fitted under the bonnet close to the centre of the loco. This helps pick-up and traction, there's space for more but this should be ample for the smooth running Kato chassis, and I don't need to overload it's motor. Initial tests show it is a good runner. The body just pushes onto the chassis, this seems to work well enough. 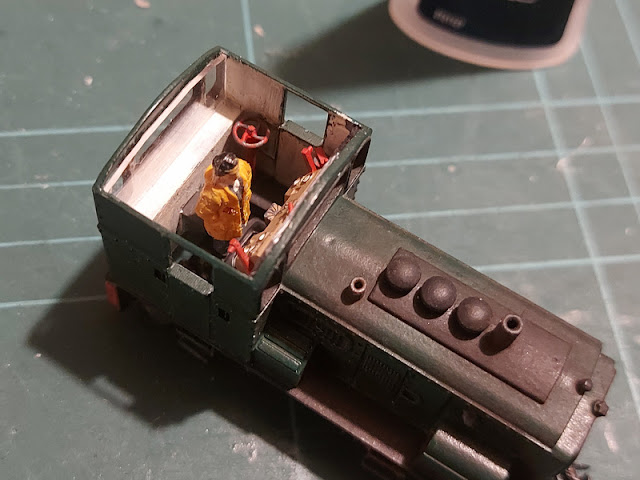 The driver is a plastic Dapol figure, I think he may have lost his hat at some stage. I decided a yellow coat would suggest modern hi-vis and stand out nicely in the cab. He's attached by supergluing his coat tail onto the "seat", having had his feet amputated to clear the chassis. 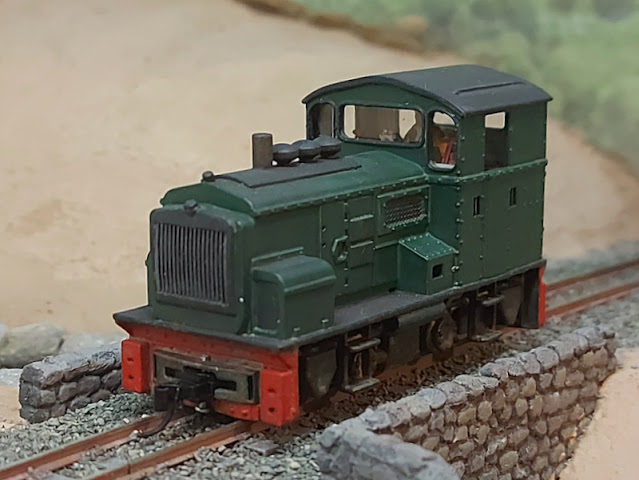 Finally the roof is fixed with some PVA so that it can be removed if needed. The coupler screw could use a dab of matt black paint at some point. Otherwise the loco is ready for service. An easy build,, a good runner, and although "just a 3D print and Kato chassis" the quality of the model is much better than expected. I like it's chunky, functional looks - purposeful rather than pretty - and on Hexworthy I can see it running the occasional passenger train as well as PW duties.

Posted by Michael Campbell at 13:50