I prefer a layout to have a back-scene, even if it is plain, it is rather like framing a picture. On the face of it adding boards to the back and ends of the challenge boards is simple enough - 3 sheets of ply (left over from Hexworthy) cut to size, and joined by strip-wood at the corners outside the ends. I also added "wing" strips to neaten the front edges.

However as usual I couldn't help but complicate matters, because I also wanted to add lighting, and some short legs to lift the model above table height. I figured it would be nice if both legs and lighting rig were attached to the board, and hinged out for use... 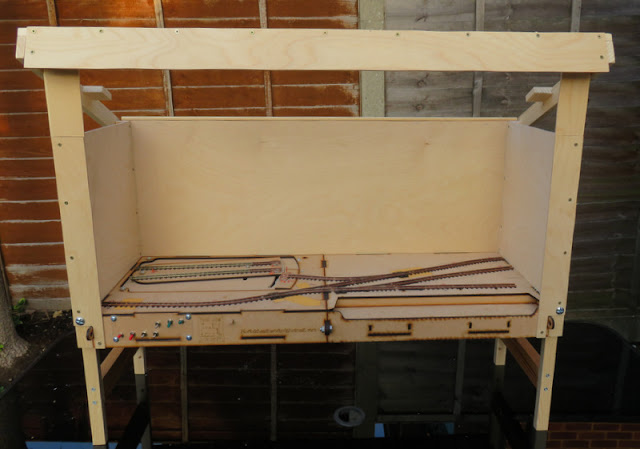 The result works well enough, but it was rather fiddly to achieve! The lighting rig hinges up for more height, and will hopefully have LED strips behind it that shine down on to the layout, the angled pelmet should be useful for that. It is supported by flaps that hinge down and sit on top of and act as an extension of the side wings. 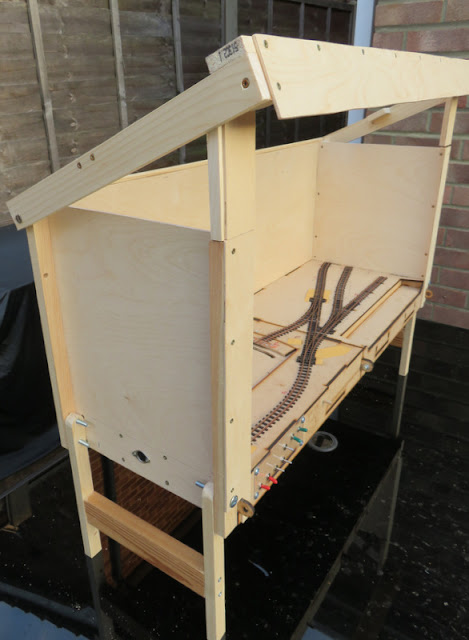 A close-up of the lighting rig supporting arm shows the hinge and the support piece. When folded down the lighting pelmet overhangs the front of the layout, hopefully it will be useful as a support for a protective cover in due course. 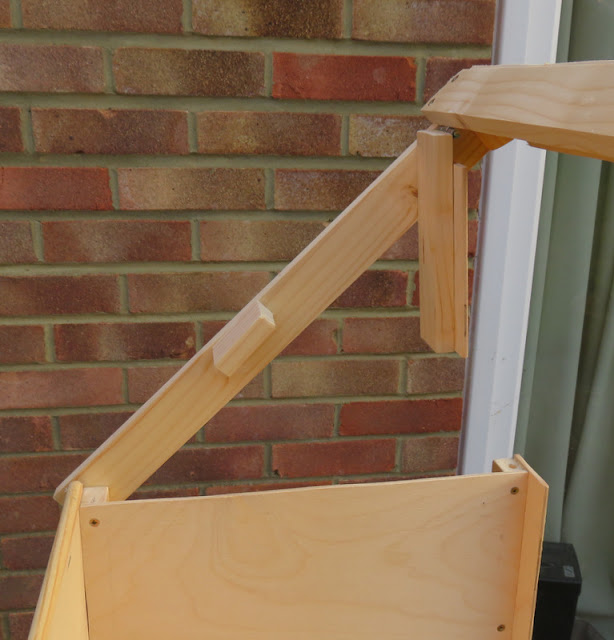 To locate the support I simply used a small piece of dowel as a peg, that sits in a hole at the top of the back-scene/wing support, it's enough to stop the lighting rig collapsing. 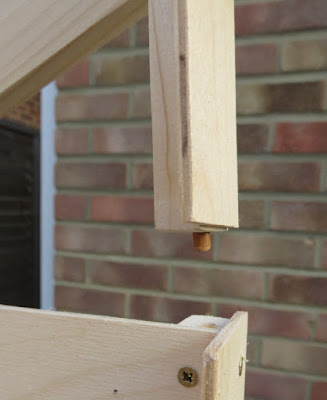 The legs are made in pairs and are bolted at the top to the back-scene supports, the bolts also act as pivots. These bolts will have washers and locking nuts, once the board is painted/ A third bolt is added to hold the legs in place, and will have a wing nut. Note the power socket is now in place too. 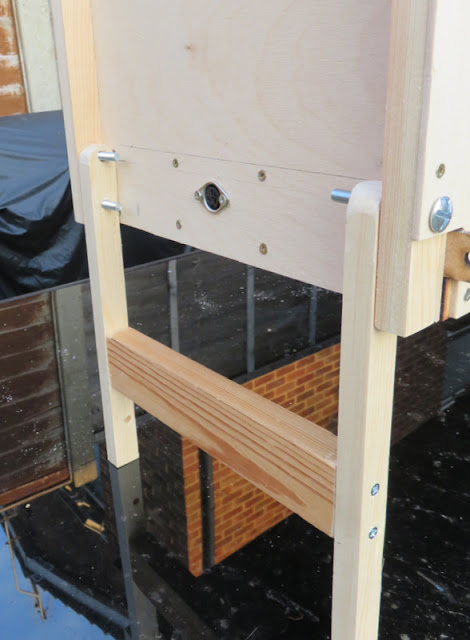 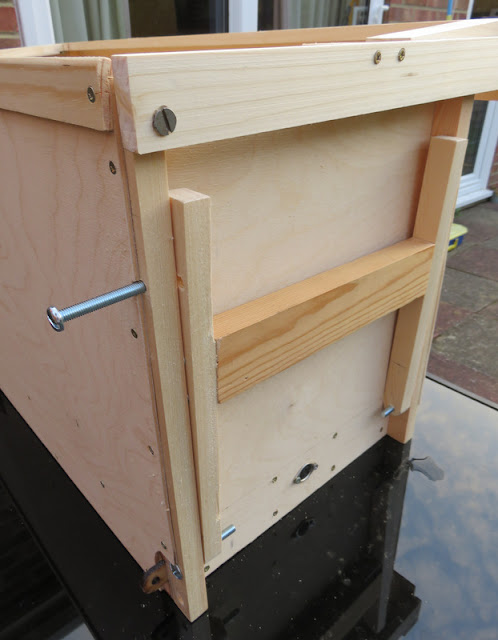 The photo below shows the layout from my eye height, it looks neat enough despite my dodgy woodwork, and takes seconds to set up and stow away. It should work well at exhibitions, which is just as well as it already has an invite...! 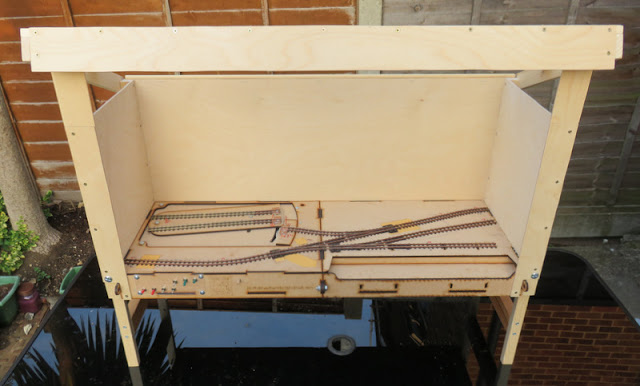 Now it all needs painting. And I need to get on with some buildings.
Posted by Michael Campbell at 13:20