With a house full of kids in a bleak February half-term the Solent Sky museum in Southampton seemed a good destination. Although a large building it is dominated by the Sandringham flying boat - a massive aeroplane for it's day, it was built in WWII to hunt submarines, then rebuilt to carry 44 passengers. 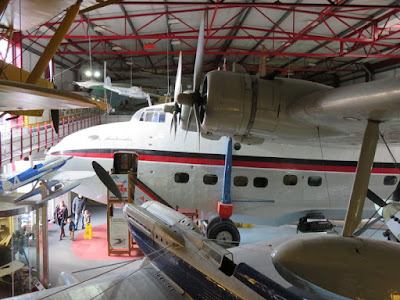 Rather than just look from a distance it is possible to go inside and explore, which gives a real feel for what flying in the aircraft would have been like. The accommodation is split into compartments with a 1930's style, resembling trains of the time - and more spacious than you might imagine. There is even access to the cockpit - which is more WWII bomber than airliner of course! Taking off from or landing on water in one of these must have been quite something. 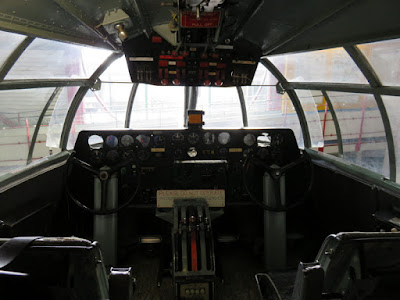 The story of the Spitfire is also featured, including the Supermarine racers that spawned it, as well as the many other aircraft companies that were based around Southampton. And for more hands-on action how about sitting in the cockpit of a jet fighter? Here's my daughter giving it a go! 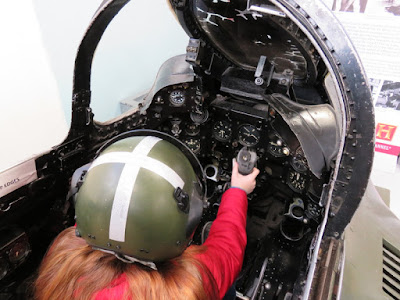 So well worth a visit, I'd say. 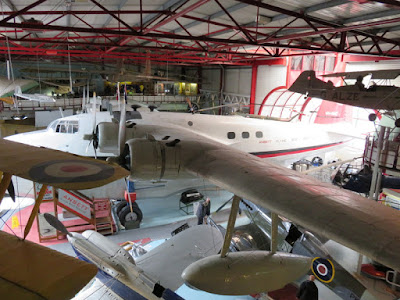 Posted by Michael Campbell at 22:22

I really should go there since I live fairly close. My daughter went on a school trip and she thought we should all go.