Today we had a family day out, and as so often the case it involved a train ride. However this train was rather faster than most! 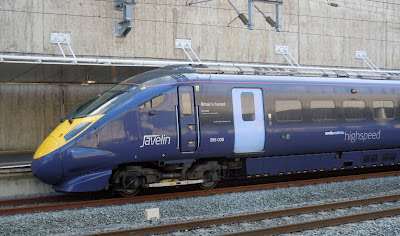 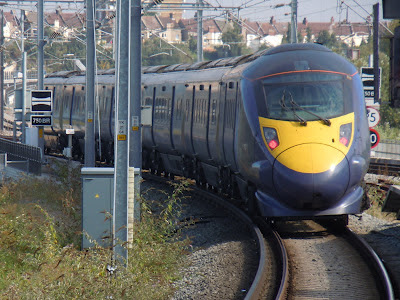 As you may have guessed the train ride was not the point of the day out, indeed it was a short speedy ride from Ebbsfleet to Stratford, a rather convenient way of getting here: 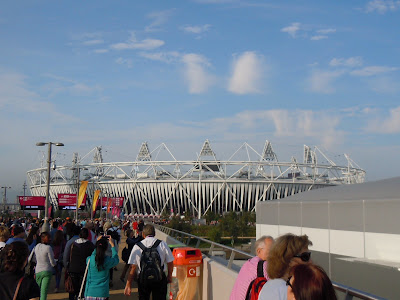 The Olympic Stadium - or in this case, the Paralympic Stadium. Looks rather small from this distance doesn't it? 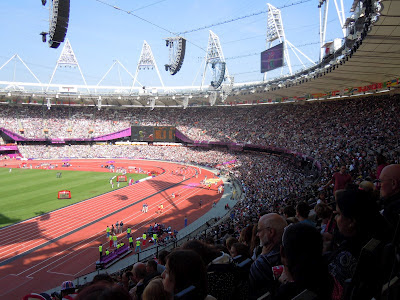 From the inside it looks much bigger, and holds an impressively large crowd! The events taking place were impressive too, with some inspirational competitors. Of course this is not a sports blog so enough of the diversion, so I'll end this post with a picture of the rather impressive flame. 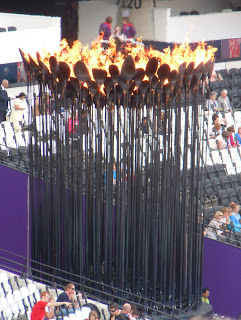 Posted by Michael Campbell at 20:33