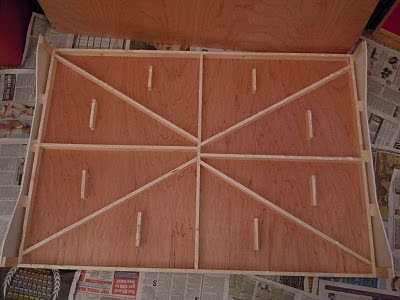 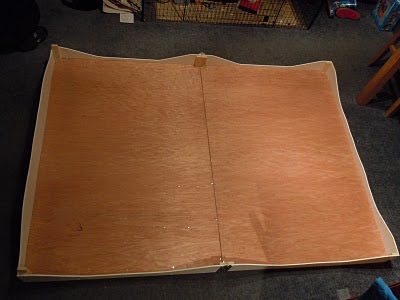 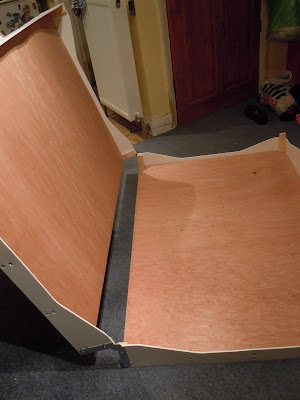 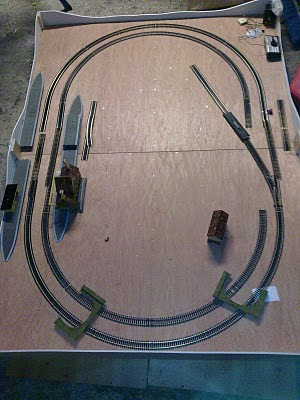 Posted by Michael Campbell at 22:16

That is VERY nice. Looks a lot my my childhood train set too !

Not that you're getting in the slightest bit enthusiastic about it...
Love it! Can I come over and play?

When I was about nine my Dad built me a Triang TT layout with two ovals, a loop, siding and tunnel. It was, as you might have guessed, the start of a life-long hobby (with only one break really when I lived on a narrowboat for some years - min you, even a narrowboat has been used to accommodate a modest layout!

Well done! I bet he catches 'the bug' too!