This new book by David Mather serves the seemingly growing interest in industrial railways. The title tells you what it is - pictures of industrial steam locomotives. Although a portrait style as befits the typical photograph, it is a medium size and relatively hefty 200 pages - most of which contain a photo, and many of those are full-page - in a quality hardback format with dust-jacket. 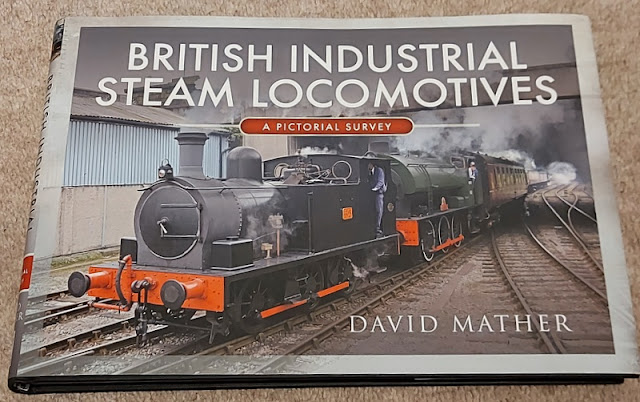 The biggest and best known industrial steam locomotives builders as well as a number of less well known companies - 39 loco builders in all - are covered in alphabetical order. Each is introduced with a concise history and profile of the company, and where preserved examples can be found, though there are no lists (except numerical output by builder as an appendix) - this is a pictorial survey of course. There were a few examples of poorly-phrased text but the content was enough to be interesting and provide background, while allowing the majority of space to be filled with pictures.

The pictures range from period black and white, early colour, through early preservation to the present day. I particularly liked the period colour photos, which are handy weathering examples of in-service industrial locos for modellers. Generally they are interesting shots with informative captions about the loco and the location of use, though the date of the photo was not always given.

I did find some of the photo choices odd, sometimes not showing the loco well. There were 12 pages of Austerity locos - I know they were a numerous class, but it didn't feel very balanced, and there were few narrow gauge - not a single "quarry Hunslet" which is another numerous industrial class. All are of locos in use in the UK except three photos of North British locos in use overseas; since many of the loco builders listed were also prolific exporters this seemed inconsistent, as was the photo of a traction engine! Also while it might be expected that early period photos are of variable quality, I noticed a few of the more recent photos of preserved locos were pixelated, grainy, slightly out of focus or badly framed - surely better photos could have been found? 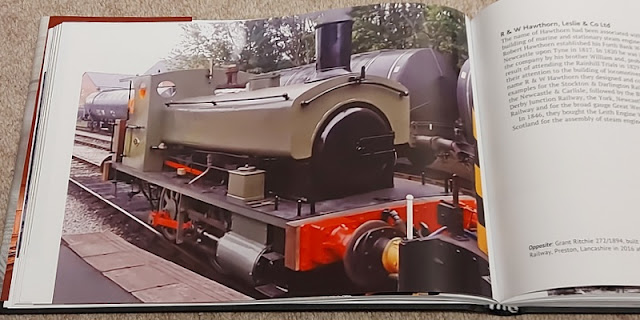 If that sounds picky, it is really - overall the book "does what it says on the tin". Those with an interest in industrial steam locos, or even steam locos in general, will enjoy browsing the pictures, and perhaps learning about loco types and builders that are less well known. Modellers will find it a useful resource for details, liveries, and weathering, and perhaps some unusual loco inspiration. I can see it being a good book to while away some lockdown hours, or as a Christmas present, and why not?

Posted by Michael Campbell at 23:15

I wonder if you’d be better with a few of Gordon Edgar’s photo volumes from your description of the content, it sounds a bit like it’s been put together by a publisher filling a gap, rather than a concerted effort to produce a quality title.

Gordon Edgars books are excellent from the few I've seen. I think this is a good attempt at listing the key industrial loco builders with some example photos of the locos they built, but a little more editing would have improved the overall quality.