Running snags and a coupling challenge

The modelling mojo seems to have been in short supply in recent months, but from time to time a few minutes shunting Loctern Quay proves a good distraction. However, I've noticed the little Bagnall frequently stalled at a couple of places. I'd checked the wheels weren't dirty and the rail head had a good coat of graphite, and other locos didn't stall in the same place. In the end it just needed some careful attention to see the first issue... 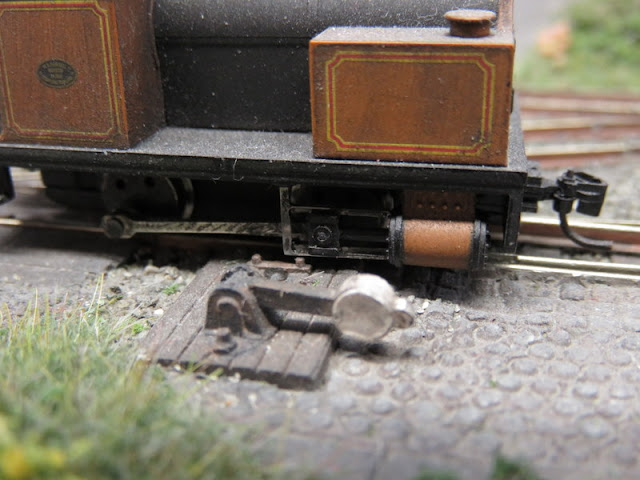 The cross-head guide rails just touch those bolts on the point lever base enough to lift the loco very slightly, so the wheels loose contact with the rails. Once spotted the solution was simple - cut off the bolt heads with a scalpel - and smooth running without stalling was achieved. 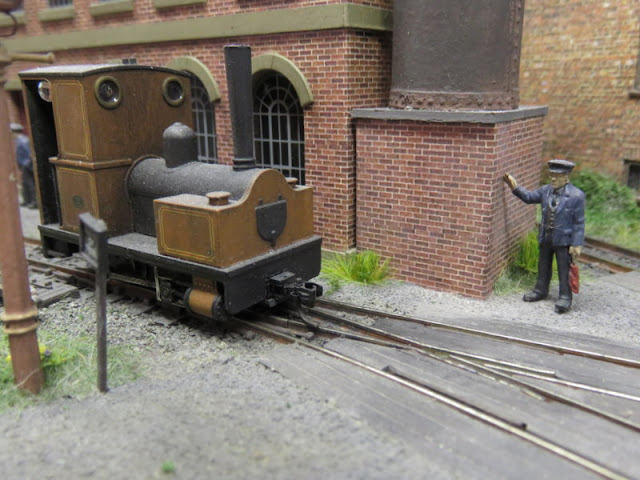 The other place was the point inset in the crossing. Again close inspection revealed that part of the inset "timbers" was lifting just to the left of the frog (in the facing direction), this was enough to lift the lightweight Bagnall but didn't bother heavier whitemetal locos. A spot of glue pushed under the lifting end and weighted down returned the timber to just below rail level, and smooth running resumed here too. Mind you, this photo shows the loco could do with dusting! 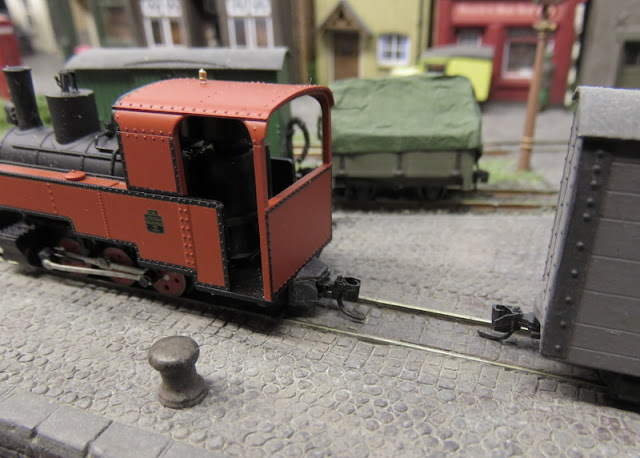 Another job was to fit a Microtrains coupling to my new Decauville. This was tricky because the couplings have a large draft box which I normally set behind the buffer-beam, but as you can see from the underside shot below, the chassis precludes that. In addition, I couldn't see how to remove the body without damage. I managed to cut a square hole in the rear buffer-beam to recess the box slightly, then built up a supporting bracket around it from black plasticard. It's rather large, but some prototype NG locos had similarly large coupling mounts, and a touch of paint will tone it down. It does at least work, even if the overhang is rather large.

I still need to do the front, I'm more worried about that as a messy job will be more obvious. However, one coupling is enough for Loctern Quay!
Posted by Michael Campbell at 23:34

I have been inspired by your work and that of several other British modelers like Chris Nevard. I have downsized and gone to 009 (ho n30) in US terms. In an article I currently published in the 2020 HOn3 Journal, I mentioned your blog as a good source for using DAS clay.

Thank you Henry. In fact I think I got the clay method from Chris Nevard!