Progress with Hexworthy has been so very slow there has been nothing to post for a while, but I have now added some 3-dimensional landscape forms. You will see that the printed backscene has been protected with cling-film, which will stay in place until the messy part of scenery development (i.e. most of it) is done. 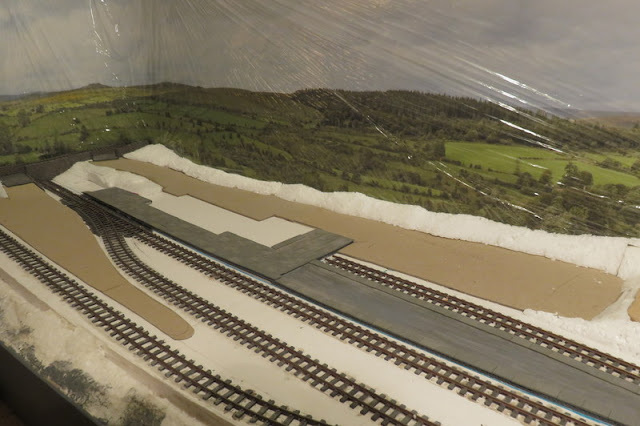 Road and yard areas around the station were cut from thick card, using paper templates as the shapes were remarkably complex in places. Further card was used underneath in places to raise the roadway a little, and at the end near the gateways foamboard packing was used to raise the level further. The platforms are still not fixed yet. 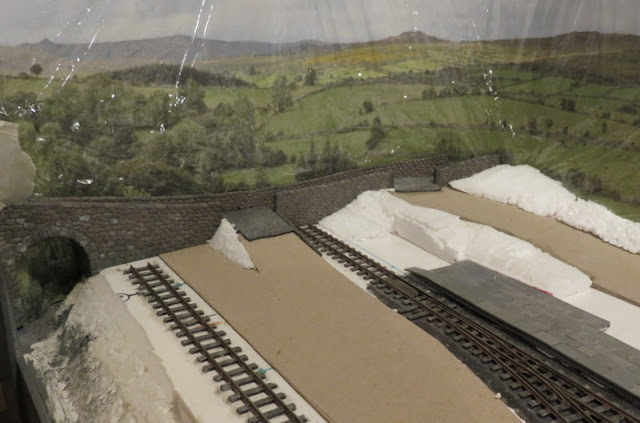 The bridge and public road walls have been stuck in place, with the heights of the yard roadways built up to match. The river bank was already in place, but all the ground above track level has been added, carved from expanded polystyrene foam. Some of the pieces were quite complex to cut as they fitted into gaps between the roads, backscene, and tracks. 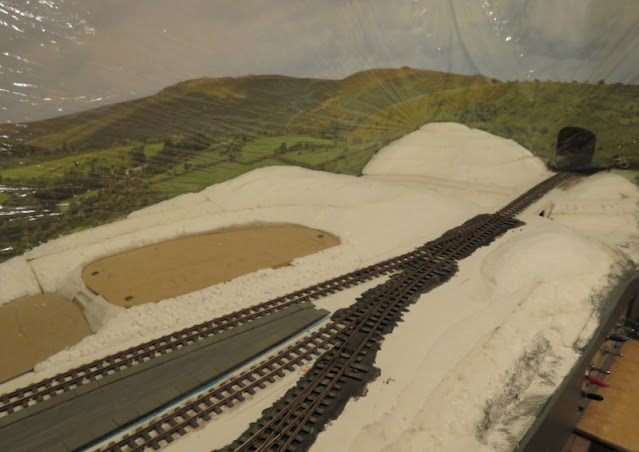 The ground rises slightly behind the station and at the right-hand end, with a valley for the stream. The prototype location is in a steep valley but the baseboard doesn't allow space to show that, I'm hoping the rising ground combined with the backscene will give that sense of location. The flat area is a piece of MDF - I have an idea for a detail scene here and it would be easier to build it off-layout, so this is removable with screws for now.

Posted by Michael Campbell at 00:05