Hexworthy will need a control panel, and like Awngate, the best place seemed to be the front fascia. The layout will sit on a shelf and be front operated, and the fiddle yard adjoins the end, so other than the hassle of a separate control box, it's the only logical place. The panel is a scrap of 2mm aluminium from the guillotine at work, which happens to be an ideal size, but normally I'd fit it to the rear of the fascia for neatness. Here though there wouldn't be space for it to be removed from behind for access to the switches, so it had to go in from the front - so to maintain a neat appearance I decided to recess it into the fascia. 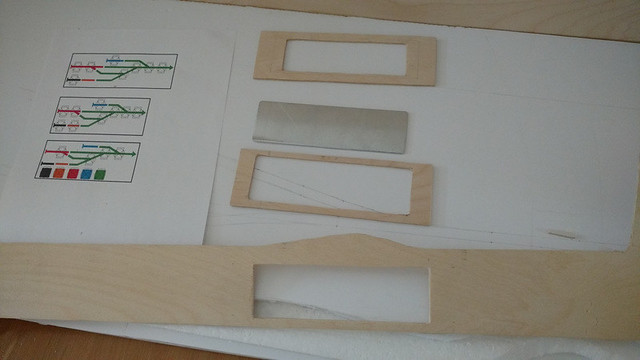 Here's my piece of aluminium, with some trial printouts of the panel layout. These aren't yet final, but show it will all fit. The fascia (bottom) has had a suitable sized hole cut out, with two other layers cut too, one to the size of the panel, and one a little smaller. 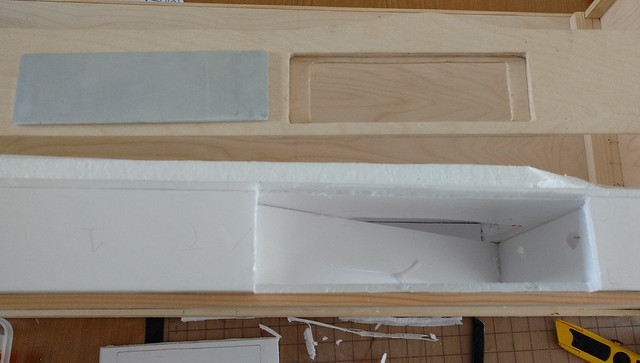 The two layers are glued behind the fascia creating a 6mm deep recess which the panel just fits, and a support which it will eventually be screwed to. These two layers also reinforce the thin ply edges so this is not a weak point. Meanwhile, the foam-core board is cut away with a knife to make space. 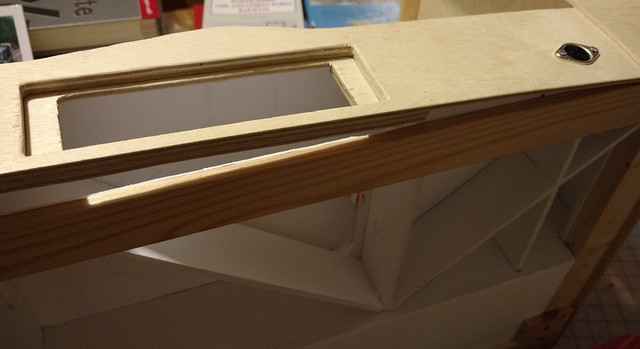 Fitting it together, you can see how the foam-core structure and the timber reinforcement conspire to make access from the rear so tricky. I've also added a socket for the power connections at the same time. 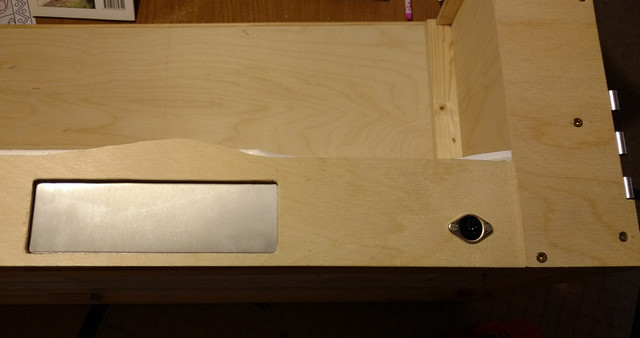 All fitted together. I need to drill the panel for the holding screws, when I drill it for the switches too. I've also cut and fitted the "wings" that frame the sides of the scene, and hide the untidy bits like split hinges and back-scene framing. 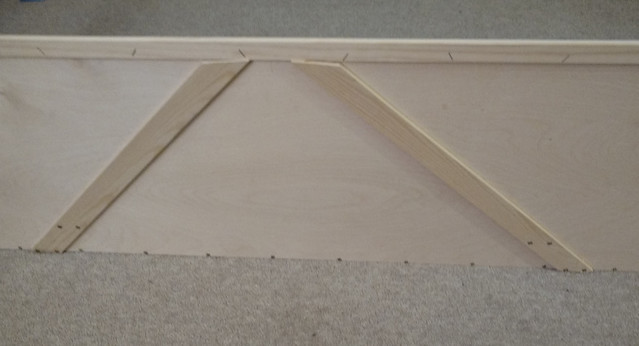 Talking of the back-scene, I've used some offcuts of the thin timber strip to brace it. These are screwed to the lower reinforcement, glued to the ply back-scene, and stapled through from the front. The ply back-scene is much stiffer now, with no tendency to bow.

So there we have it, one tidy looking, solid, yet surprisingly lightweight base-board. I do need to add a lighing beam - when I've decided what lighting to use - but for now I can proceed to track-laying!
Posted by Michael Campbell at 23:54

If it takes one man two weeks to build one baseboard, how long does it take eight men to build two baseboards?