I've been doing some painting, including the cobbles of the farmyard. I used thinned enamels, as I was worried that water-based paint would dissolve the DAS clay - it probably wouldn't. I started with a dark grey, which took a lot of paint to cover well into all the cracks. Then I applied coats of lighter grey/browns over the tops of the stones to try and match the photos of Tatton Park farm. The "metal" plating over the points was given that rusty dark brown colour that manhole covers go. After checking that the track still worked and a loco would traverse it (and after fettling with a screwdriver to clear any excess paint and clay from the rail head and sides), the whole lot was given a final, well-thinned wash of muddy brown.

The result is delightfully uneven and looks about right to me. Not sure that the photo shows the colours right though, the back of the layout looks darker which must be a combination of shadow and a mix of the tungsten room light and flourescent layout lamp! 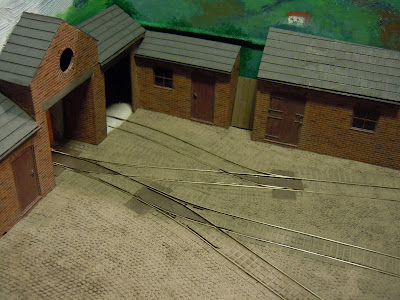 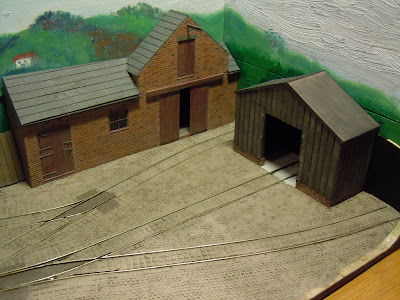 Here's a photo of Tatton Park Farm, which shows the ground effect I was after, and I think reasonably achieved. 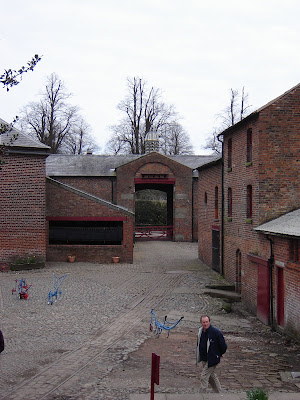 Posted by Michael Campbell at 00:30