I suspect the last few weeks have been a bit of a shock for most of us, surely no-one is unaffected by the impact of the dreaded virus on daily life, though I hope you are all keeping well and staying safe. Of course model railway exhibitions have been cancelled for the next few months, including Narrow Gauge South which was to be the next outing for Loctern Quay (and Slugworth too), and model shops are closed. However, many shops are still able to do mail order, so we can carry on making models in isolation - I managed to recently get a parcel of modelling materials delivered from Squires.

While many have extra time on their hands at this time, I have still been working full-time - albeit from home - and monitoring the kids, who are also at home. Realising the dining table wouldn't work for business calls with kids in the house, I cleared the dressing table in the bedroom of junk and made a new top from the side of an old chipboard wardrobe - I knew keeping that would come in useful one day! I "borrowed" a chair from my daughter's bedroom, and set up my work office. 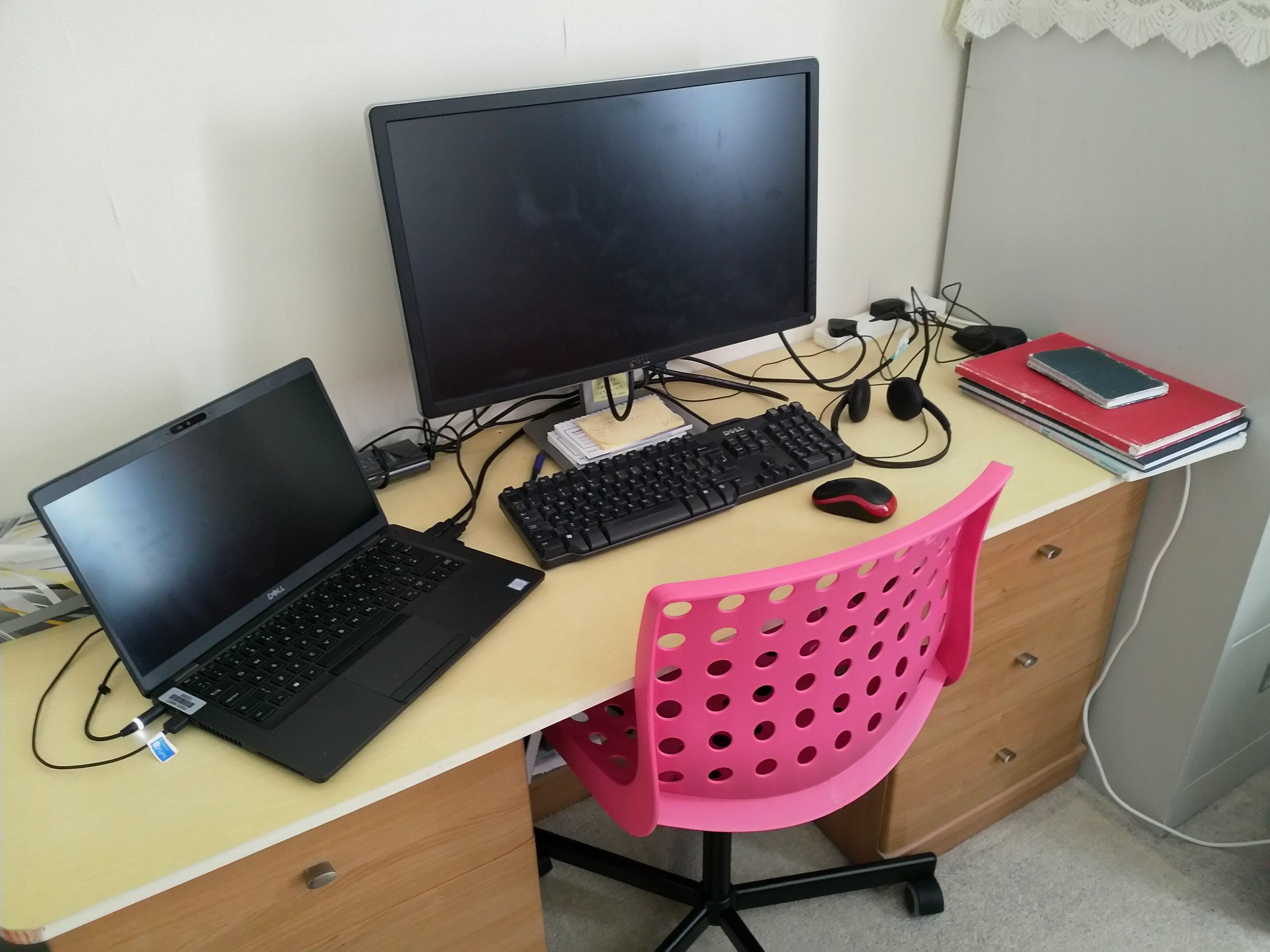 I'm certainly not complaining, at least I am able to work and I know many are facing financial uncertainty or hardship.

As well as spending time on Skype, Skype Business, Teams, and Zoom (how many have learned about these tools in the last few weeks?) much of the free time I have had over the last three weeks has been spent learning about live streaming - but no, I'm not going to be a YouTuber. Like all churches ours has had to shut its doors, but to keep services going we've started live-streaming the Sunday morning service. That meant hooking up the existing cameras, audio, and presentation systems to a computer, and streaming to YouTube, it's been a steep learning curve but we've managed, and three weeks in we're figuring it out. 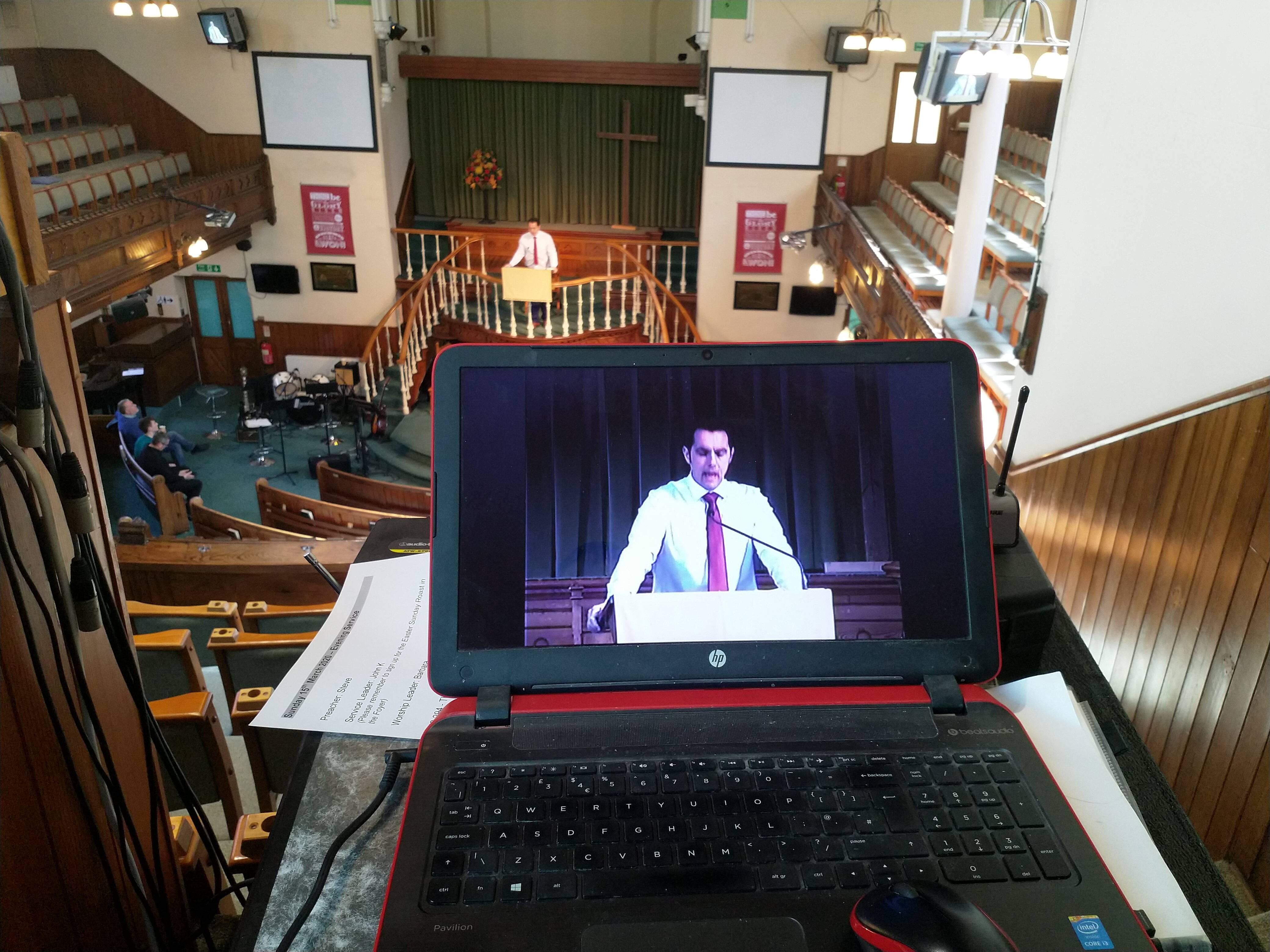 EDIT - After a concerned comment, I should point out that the photo above was taken on Sunday 22nd March - BEFORE the current regulations on social distance were introduced. Since then we have been careful to ensure anyone in the building is at least 2m apart, indeed the AV desk is manned by a single household (me, my wife and son, or another couple) to eliminate the possibility of virus transmission.

So in the chaos and disruption I've not got much model making done, although I am helping my son with a model project, and I have been taking time out to "play" with Loctern Quay - a good way to relax, and maybe I'll share more on that shortly. However, I do hope to get back to some models over the next few weeks, as let's face it, I don't expect to be going out much!

Do take care and stay safe. Keep Calm and Make Models.
Posted by Michael Campbell at 23:47

Post updated to ensure there is no confusion over whether social distancing advice is being followed during streaming. Note that the picture was taken on the Sunday before the current advice was issued, and now practice is to ensure anyone that needs to be there to enable the live stream is following the 2m rule with use of sanitiser for door handles, microphones, etc.

Hi Michael, presumably all to no avail now that churches have been asked not to live stream. Strange times. Thanks for your blog, above all, keep safe!

John I am puzzled by that statement, can you refer me to your source? The gov.uk site guidance (which is being followed) specifically allows churches to be used for live streaming, but not for public or private services.

Michael, Thanks for that post and sharing that you have a faith.