As a new year begins I've been considering where my 009 challenge entry is at. I only started it in August, but the deadline is the end of March, and the layout has an exhibition a couple of weeks before then, so I only have about 10 weeks to finish it! The baseboards, track, wiring, and lighting are complete, but buildings take a lot of layout-building time, so my aim was to finish them by the end of the year - which I have managed, just! 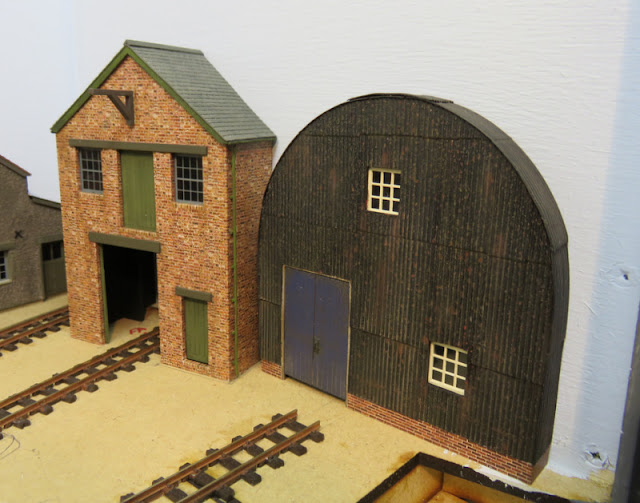 I last showed the wriggly tin-shed in raw plasticard, it is now painted. It was given a coat of red primer, then given rusty colour washes. It was then dampened and salt sprinkled on, before being sprayed black (when dry). Some final washes, dry brushing, and weathering powders completed the look. 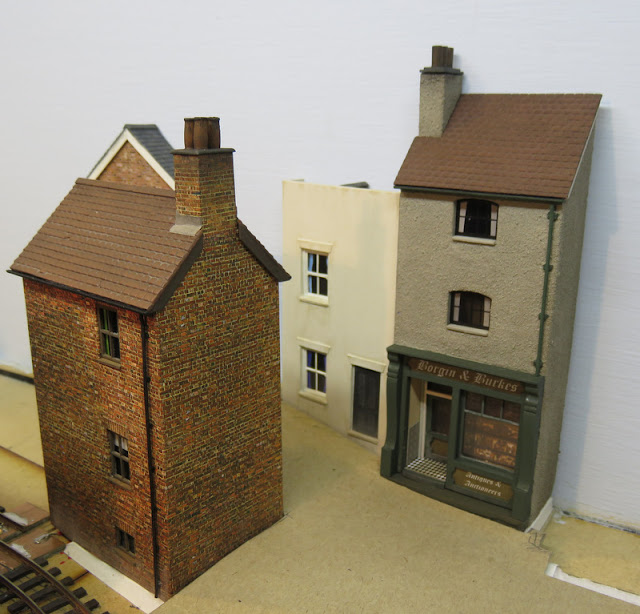 The cluster of buildings at the other end of the street have also been finished. The plain card building looks OK once painted and weathered. Details such as gutters, down-pipes, flashing, and curtains have been added as for the terrace houses seen in the last post. 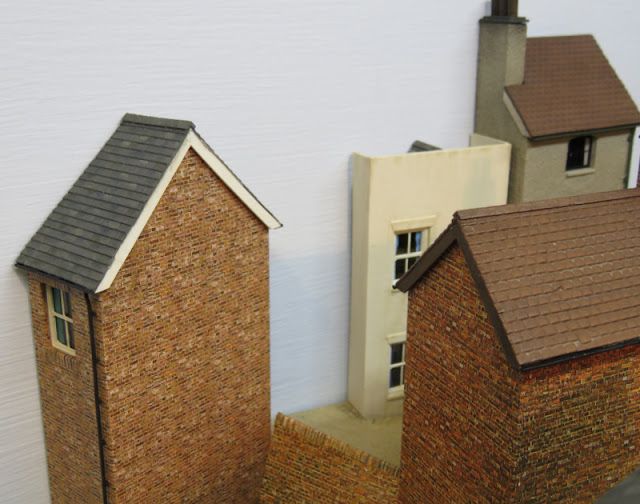 This cluster of buildings works well seen from the far end of the layout too, though the road exit is not so hidden from here. 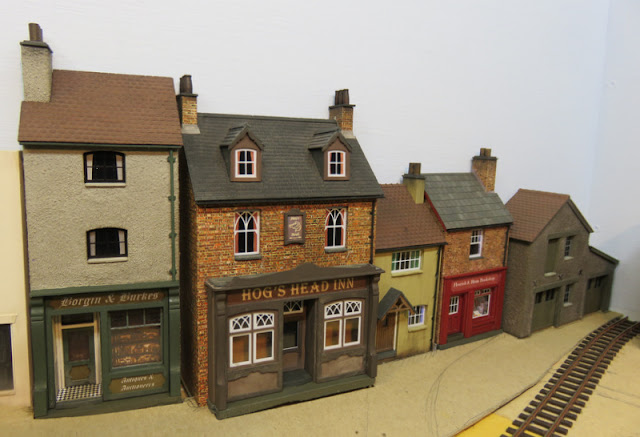 The rest of the street have had final details in the same way, which along with blacking out the insides, has helped bring them to life. The shops have also had a plinth added along the front under the shop fronts which should help them be set neatly into the scenery. 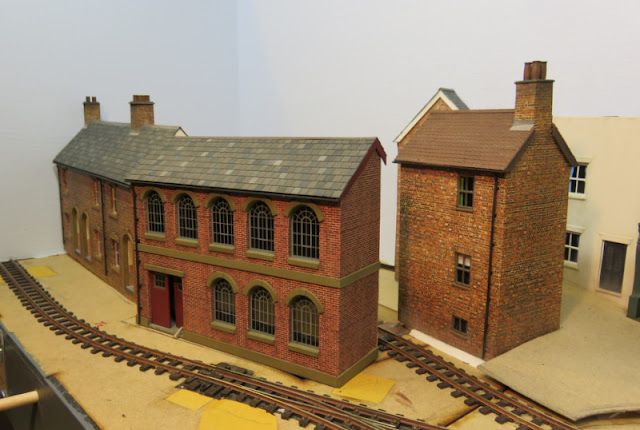 Finally a look the other way showing the factory and the terrace obscuring the fiddle yard. The next job is to start building up the scenery, there's not much of it but subtle variations in height and tight spaces means it isn't simple.

Posted by Michael Campbell at 23:40