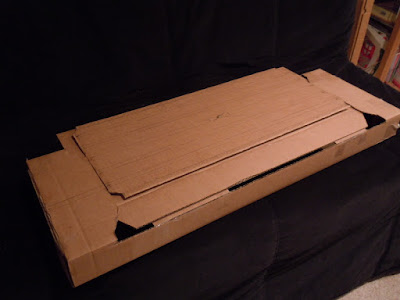 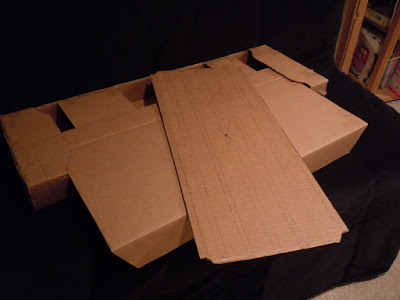 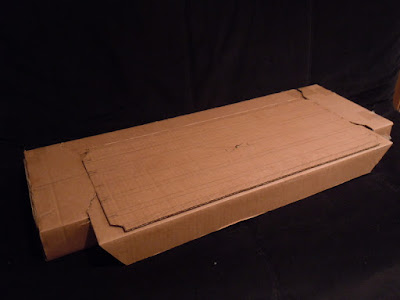 Having turned 180 degrees the deck is slid back to line up the next track. The mock-up proves the concept works, of course making it for real could be more challenging. Practically the baseboard of Awngate is very shallow, so this has to be shallow too (tricky when it has three layers), or Awngate will need to be raised. I also want it to be easy to operate, so I'm wondering about self-aligning and electrically connecting tracks, but the latter is more tricky as the polarity to the tracks will need to reverse when rotated. Even the tried and tested sliding bolt alignment and connection method would need to deal with the polarity reversal - so using a common return won't work!
Posted by Michael Campbell at 00:10

Have you thought of using a traverser but with a short length of track on the opposite end to Awngate? This would allow a loco to enter the traverser, uncouple and run on to the short length and then use a spare traverser track to get to the other end of the train.

Oh yes, but that's a right fiddle! It wouldn't be much easier than the cassettes, which work fine other than the handling and the time taken to change and reverse trains. Shuffling the fiddle yard is dull for the operator, and for the viewers as nothing is happening on the layout...