This weekend Amberley held it's annual railway gala event. I was there yesterday, taking my turn manning the 009 society stand. This year the theme was "Listermania", with visiting locos taking the total number of Lister's present to 12, along with some road versions and a few miniature replicas too. 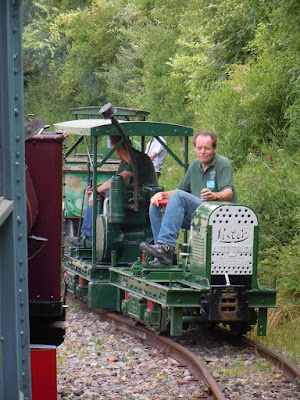 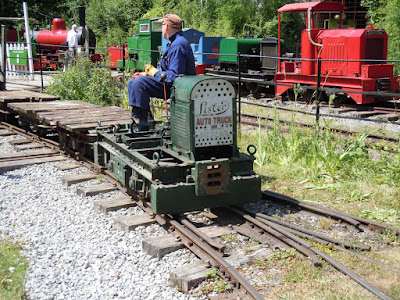 Sadly the model railway exhibition has become a little stale, looking very similar every year. However there are some super and less often seen models to be found. 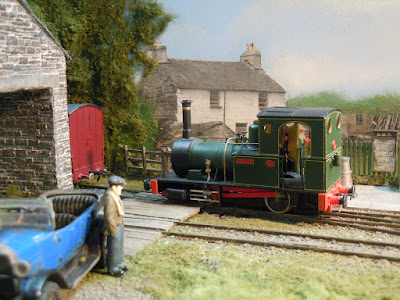 But with the sun shining and the 2' gauge line running trains to maximum capacity, outside was the place to be! 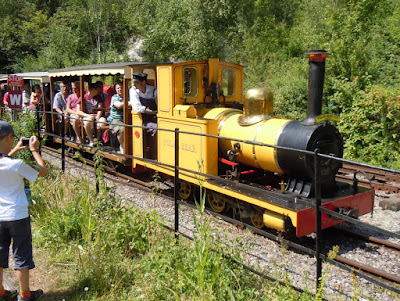 That's my son on the left, busy with his new camera. In fact I think he took more photos than I did, and rather good ones too. While I was manning the stand inside he was watching the "parade" of locos. 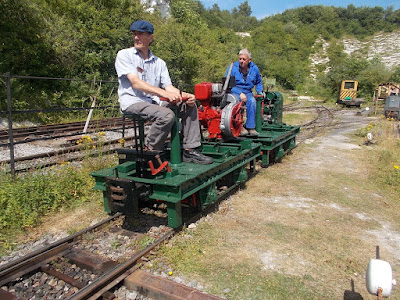 We had a few interested folk visit the 009 society stand, the scale still generating a high level of interest, and it's nice to chat to a few folks just getting started in the scale. So an enjoyable day!

Lots more photos here if you'd like to see more!
Posted by Michael Campbell at 23:10